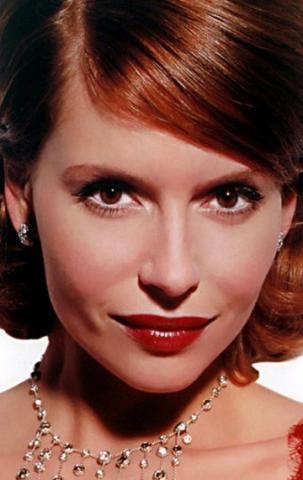 Since childhood, in Ryazan, a lot of sports. She worked at the Water Theater for children. At 12, she played The Little Mermaid, Maria from the Bakhchisarai Fountain. She became a master of sports in synchronized swimming.

In 1999 she graduated from the acting faculty of VGIK (workshop of Alexei Batalov).

She starred in several commercials, including with Yegor Konchalovsky, with whom she later began to live in an unregistered marriage. In 2001, they had a daughter, Maria.

Model and girl of the month in the April 2001 issue of Playboy magazine.