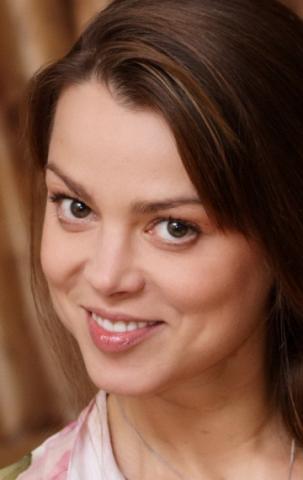 She graduated from the Russian Academy of Theater Arts (now RUTI-GITIS) (course of L. Kheifets).

As a child, Natasha went to dances, to a music school, to a circle for artistic reading, and sang in children's VIA. From the age of six she was engaged in dancing in a children's team at the USSR State Radio and Television (under the leadership of V. Popov). In 1986 she took part in the first Soviet-American musical “Peace Child” (“Child of the World”). She studied at the Musical-Choreographic School No. 1113 in Moscow.

In 1997, she participated in the selection of actors for the filming of the film directed by Yuri Kara based on the novel by Chingiz Aitmatov's Tavro Kassandra aboard the Mir space station and was allowed to participate in special training, but due to problems with financing the film for preparation not involved. Since 1994, she has been working as a guest actress of the Moscow City Council Theater, and since 1998 - an actress of the Theater on Malaya Bronnaya.

Interesting facts: He is fond of diving and fishing.