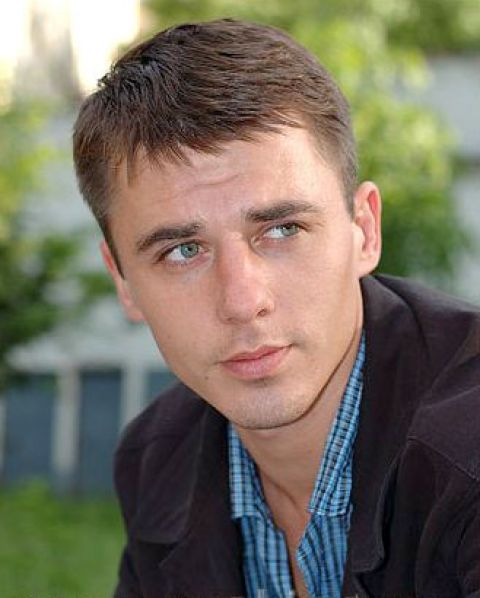 Igor Petrenko was born in 1977 in a military family in the German city of Potsdam. His father is a lieutenant colonel, assistant professor, candidate of chemical sciences, his mother is an English translator. When Igor was three years old, the family moved to Moscow. So otsets Igor worked as a teacher in the department at the Military Academy of Chemical Protection. Tymoshenko. And later, when the accident at the Chernobyl nuclear power plant occurred, he was among those who, risking their lives, eliminated the consequences there. As Igor admits, in childhood he was not at all a pay-boy, on the contrary, he grew up a real dunger. More than anything, he did not like school. The only subject in which Igor showed at least some interest was English.

The rest, especially chemistry, the boy could not stand. What tricks he did not let go in order not to go there. He put packages of mustard on his feet to raise the temperature, in cold weather he leaned out wet through the window and even once tried to break his arm. Fortunately, these tricks did not affect the boy’s health. Nevertheless, Igor skipped lessons. Having walked with friends, he returned home and composed stories allegedly taking place with him at school.

Igor devoted his free time to sports. At the age of six, he began to practice gymnastics, then switched to sambo, and later engaged in judo. Everywhere Igor achieved good results, but after practicing for a while, then threw.

Every summer, the Petrenko family (parents, Igor and his sister Irina) traveled. They went to Baikal, then somewhere to the mountains, then to the sea. “My childhood was intense, there is something to remember: snow-capped mountain peaks, the passage through the Klukhor pass, fishing, a ten-day boat trip along the Meshchersky lakes,” Igor says. Then he discovered the fascinating world of insects. “Visiting the sea as a child, I certainly brought my sister a present of dried butterflies and bugs. At home there were constantly jars of moths. The fishing process itself was important. Once in Sudak, I got so carried away by the machaon that I almost fell off the cliff. The butterfly is good, she has wings. And I almost flew behind the cliff behind her ... ”, he recalls. And now, after many years, Igor admits that children's interest remained. So on the set in the picture of Pavel Chukhrai, “A Driver for Vera,” he was tempted to turn away some stone and find a scorpion.

Igor Petrenko was not going to become an artist. He generally could not decide for a long time. Even having received a certificate, he still did not know what institution he would enter. The professions of an economist, financier or lawyer, popular in the early 90's, did not appeal to him. Working with papers or sitting at a computer was not for him. The young man wanted to work with people ...

Father wanted his son to go to Suvorov School, thus continuing the dynasty. But with exact sciences, Igor was very bad, and this option disappeared by itself. Mom hinted that Igor has a penchant for languages, but Igor did not go to foreign language either. Everything was decided by chance ... Once walking with a friend around the city, they found out about recruitment to the Shchepkinskoye school. The boys decided to try for fun ... Parents were very skeptical, but Igor, despite the huge competition, passed. He recalls: “... he was terribly nervous. I never sang before, but then I had to sing a song. I learned the words before entering the audience, but my mouth was dry, I couldn’t get into a single note. He sang loudly, brazenly: "I drank birch sap in the spring forest." Then, while entering the school, Igor met his future wife ...

Irina Leonova came to the theater school, already having acting experience - she studied in the studio at the Tallinn Theater. Igor immediately drew attention to a beautiful girl. Before the exams, he went up to her and said: "Hello, my name is Igor, we will study on the same course." The statement, of course, was incredibly self-confident. But a well-educated girl from an intelligent family replied: "Very nice."

Having entered the school, they became friends, and then the friendship grew into love. For various reasons, Igor and Irina missed almost the entire first year. The threat of expulsion hung over them. The teacher Natalya Alekseevna Petrova helped them out. She literally “pulled” the guys. Thanks to her, Igor and Irina prepared a joint study and passed an acting examination. As for the wedding, it had to be postponed until graduation. Teachers did not welcome student marriages, believing that they distract from study. Igor says that there were even cases when children who were planning to get married were simply expelled from school.

After graduating from the Shchepkinskoye College in 2000, Petrenko and Leonova were admitted to the Maly Theater. Then they finally got married. All pre-wedding night Igor rehearsed with friends a song that the next morning he sang with a guitar, standing under the balcony of his bride. Then a solemn wedding took place in the registry office for foreigners, since nowhere else was Irina painted as an Estonian citizen.

The families of Irina and Igor were middle class, and it was not easy for them to organize a banquet in the restaurant. The husband of Igor’s sister, who at that time was working as a restaurant director, helped. The guys went into debt and subsequently spent their honeymoon working out as waiters in the same restaurant, since the salary in the theater was clearly not enough.

Igor worked for two years at the Maly Theater. The constant presence nearby - both at home and at rehearsals in the theater - gradually strained relations between Igor and Irina. “At rehearsals together, at performances together. We drive home in the car - we talk about work, we criticize each other. Mutual resentment begins. God forbid, I didn’t come somewhere or was late - they scold my wife, then she tells me everything ... A nightmare! Most of our disputes and quarrels are due to work. But if Ira makes comments gently, then I, sometimes, apply it seriously, ”Igor recalls. It soon became clear that their marriage was doomed.

Igor Petrenko played his first role in the movie - Roman Zolotov in 2000 in the thriller Ildar Islamgulov. But this picture went unnoticed by the audience. A year later, Igor was invited to the role of secretary of the Komsomol organization Leonid Terekhov in the series “Moscow Windows” by Alexander Aravin. His hero was a real villain, which, combined with a positive "heroic" appearance, made his character very memorable.

Together with Petrenko, the actress Ekaterina Klimova starred in the series. They had known each other since college. Catherine studied at a higher rate, although she was one year younger than Igor. But in those years they were just acquaintances ...

According to the plot of the heroes, Petrenko and Klimova were connected by a romantic relationship that ended in a wedding. A similar story happened in life. Already on the set, their romance spun. Catherine recalls: “Igor immediately attracted my attention. He is surprisingly calm, it is very difficult to piss him off. He’s also a very kind person and will never refuse help. ” However, at the end of the filming, their romance temporarily ended. “Then something like that moved in my soul, but I did not allow my feelings to develop. Each of us had a family and obligations, ”Igor admits. In the end, they both returned to their families ...

After the “Moscow Windows”, where Igor Petrenko gained his first fame, he was approved for the role of captain Travkin in Nikolai Lebedev's film “The Star”. More than five thousand people claimed this role. And, although the director immediately noted the young actor, Igor Petrenko was approved at the very last moment. Among other young actors, Igor spent three months at a military training camp, which turned into a set of Stars. The children studied weapons, books on tactics of warfare, learned to overcome an obstacle course, speak sign language, crawl in a plastonic way and ride a horse. Combat intelligence officers-consultants prepared from them a real subversive group. As a result, the acting in the film was absolutely organic, which is what the authors of the film sought to do - after all, to make 1945-year-old youths of the Red Army of the 1945 model is a very difficult matter.

For the sake of working in Zvezda, Igor had to leave the Maly Theater. The young actor simply did not have time to break into two fronts. By that time, relations with his wife had exhausted themselves. Igor recalls: “After some time, I caught myself thinking that I could not get Katya out of my head ... By that time, I already understood that I didn’t bring anything to our marriage with Ira. Of course, I tried to somehow save the family, but then still left. For a year I tried to forget Katya. One day he could not stand it and called her supposedly just to find out how things were going. ”

Catherine says: “I did not think that he would call me a year after the end of filming, and when this happened, I realized that I could not live without him. About a month later, we began to live together. ”

The success of Zvezda exceeded all expectations - more than a hundred regions of the country bought a picture for film distribution. As they say in such cases, the actor instantly became famous. The audience liked the smart, handsome and fearless sergeant Travkin. Petrenko has a huge army of fans.

The work of the young actor was noted by professionals. In 2003, he was awarded the Nika Award in the 2003 Discovery nomination. From the directors, as from a cornucopia, numerous offers rained down. But the actor was in no hurry to agree to everything. He began to approach the choice of roles from more rigid positions. Petrenko refused several mediocre roles in domestic TV shows, and even one role in the American film. Meanwhile, together with Ekaterina Klimova, he starred in the sequel to “Moscow Windows” - the series “The Best City of the Earth”. This was followed by the roles of Sergei Nikitin in the film by Alexander Khan “Carmen”, Lieutenant Dobrov in the series “Cadets” and Admiral's grandson Igor in the series “Knights of the Order of the Starfish”.

One of the most interesting works in 2003-2004 was the role of Igor Petrenko in the film "Driver for Vera." Petrenko played the driver Victor, informing the general about the family. He played it very reliably and organically, although, as he himself admits, he "found it difficult to understand the time which reasons can make a person write denunciations."