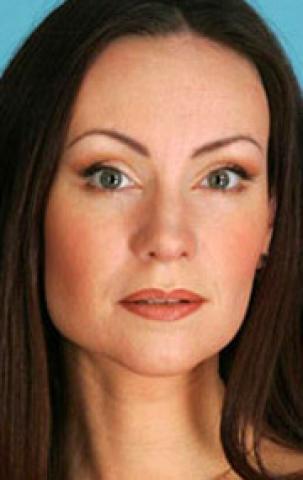 Honored Artist of the Russian Federation (2006).

Born in Odessa in the family of Valentin Gavrilovich Grishaev (1940-1996) and English teacher Margarita Evgenievna Grishaeva (Ur. Kazan) (born 1946). Parents Valentin Grishaev were orphans. Nonna’s maternal grandfather Yevgeny Petrovich Kazansky was from the noble family, his father was the dean of the law faculty of Odessa University, Pyotr Evgenievich Kazansky, a descendant of the first translator of the Koran, professor of the Kazan Theological Academy Gordiy Sablukov. Her maternal grandmother, Valentina Leonidovna Khartulyari-Gillevich, was the daughter of Leonid Ignatievich Gillevich (noble family) and Alexandra Nikolaevna Khartulyari (noble family Khartulari of Byzantine origin). Both of them were little-known opera singers. Grishaeva claims that the famous Count Mikhail Andreevich Miloradovich, who died on Senate Square, is the maternal grandfather of Alexandra Khartulyari, although it is known that the general did not leave offspring in marriage.

In 1994 she graduated from the Higher Theater School named after B.V. Shchukin (course of V.V. Ivanov). Then she received job offers right away from three Moscow theaters - Lenkom, Satyricon and the Theater. Vakhtangov. Since 1994, Grishaeva worked in the troupe of the Vakhtangov Theater. After leaving the theater, he plays in the performances of the Theater of the Film Actor and the Quartet I Theater. She worked as a DJ at the Silver Rain radio station.

In 1996, she starred in the Hong Kong film First Hit with Jackie Chan.

In the late 1990s - early 2000s, she participated in the comic program of Vasily Antonov and Alexander Tolokonnikov “Bis”.

In 2004, Grishaeva for the first time received the main role in the play "Mademoiselle Nitush". In the same year, the actress auditioned for the main role in the sitcom “My Fair Nanny,” but failed, although later she was still a guest star in one of the episodes, playing the sister of the main character. From 2005 to 2006, she had a supporting role in the sitcom Tatyana Dogileva "Lyuba, children and the plant." After its closure, she got a role in another sitcom of the STS channel "Who is the boss in the house?"

In 2008, Nonna Grishaeva became a permanent actress of the Big Difference troupe. The chance helped to get here. According to Grishaeva, at one of the concerts, she and Alexander Oleshko had to improvise, entertaining the audience due to the delay of other artists. Improvisation turned out to be successful. And the actors decided to turn to the producer of “Big Difference” Alexander Tsekalo, who, without hesitation, took Grishaeva and Oleshko into the troupe.

In 2009, Nonna Grishaeva, together with singer and composer Mark Tishman, became the winner of the third season of the music contest of the First Channel “Two Stars”.

On March 3, 2010, she presented her book “Tips for Daughters” in the “Moscow Book House”. The book withstood two reprints, and its total circulation amounted to 25 thousand copies.

In 2011, she voiced the main character of the American cartoon "Little Red Riding Hood against Evil." From September 4 to October 3, 2011, she released her own comedy show "Nonna, come on!" On Channel One. Also in 2011, Rain performed its new song “Tango” on the TV channel. Prior to this, Nonna had already released her songs (“Night Again”, “Summer”, “Lilac Branch”, “Falling Up”, “Platinum Paradise”, “Comme toi”). July 21, 2012 released her first solo album.

In February 2012, the Two Stars-3 project began, where Nonna Grishaeva became the host together with Dmitry Nagiyev.

Nonna Grishaeva with her husband Alexander Nesterov at the award ceremony of the MUZ TV 2011 on June 3, 2011.

By 2012, Nonna Grishaeva is one of the most popular parody artists on TV. Her annual income is estimated at more than $ 1 million. The actress's fee for conducting a four-hour event ranges from 600 to 800 thousand rubles.

In 2013, together with Alexander Oleshko, she led the first season of the show “One to One” on Channel One. In 2015, she was a member of the jury of this show on the Russia 1 channel.

The first husband was the actor and musician Anton Dyorov (born May 13, 1968), from a seven-year marriage with him there is a daughter Nastya (born in 1996). Now married to actor Alexander Nesterov; December 12, 2006 the couple had a son, Ilya.