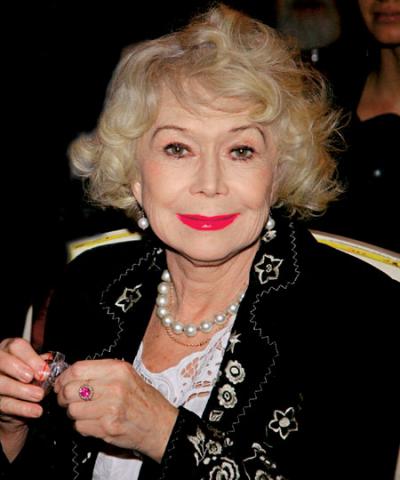 She graduated from the theater school. M.S. Shchepkina (1958).

Just before graduation, in the 4th year, S. Nemolyaeva was invited to the cinema to play the role of Olga in the opera film "Eugene Onegin" - the director R. Tikhomirov approved her without a screen test. Svetlana not only outwardly, characteristically, approached this role, but, like her heroine, lived a joyful sensation of youth, an expectation of love and happiness. Olga, according to the actress herself, was a reflection of her own well-being: "I happily bathed in Pushkin’s poems, Tchaikovsky’s music. I lived with Olga, she lived with me."

Due to the filming, Svetlana missed the time of showing graduates in Moscow theaters and was distributed in Frunze. She did not want to work on the edge of the earth in a peripheral theater and began to try to get a job in a Moscow theater. She worked for a month with A. Goncharov at the Moscow Drama Theater on Spartakovskaya - she played a small role as a waitress in the play based on the play by K. Finn "Restless Legacy".

Since the spring of 1959 - actress of the theater. Vl. Mayakovsky.

Full member of the Academy of Security, Defense and Law and Order (ABOP).