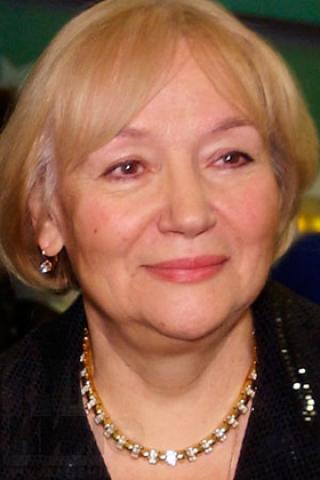 She graduated from the State Institute of Theater Arts. A.V. Lunacharsky (1966, workshop of M. Tsarev) (according to other sources - the Moscow Theater School named after M.S.Schepkin).

Since 1967, she has been an actress in the Theater Studio of a film actor in Moscow. Film debut - in 1967 in the film "General Rakhimov."

Vice-president of the International Fund for the Development of Film and Television for Children and Youth Roland Bykov Foundation.

Since 2009 - actress of the theater "School of modern play".