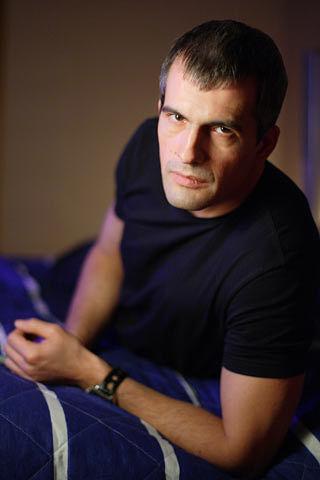 Born October 14, 1965 in Moscow. Parents dreamed of seeing their son as an engineer.

Possessing a rebellious character, he did not conceal his negative attitude to school discipline and treated his studies without much trepidation. Therefore, he soon found himself on the verge of being expelled from a promising boarding school with in-depth study of the Indian language. However, by the time the exams were taken in record time, he was able to prepare and received a rating of "good."

In 1982, he was not a Komsomol member, which prevented him from entering one of the prestigious technical universities. And Vyacheslav went to work at the factory. He entered a medical school, studied for two months and ... went to serve in the army. He spent two years in the taiga.

After the army, he decided to be "closer to art" and got a job as a scenery installer at Mosfilm. Since then, can not only hammer a nail into the wall, but even build a house.

After working at the Mosfilm, he entered the Moscow Art Theater School-Studio (on the course of I.M. Tarkhanov).

After graduating from the Studio School in 1992, he was shown in many theaters, but the Theater of the Army (1992-2006) showed the maximum interest in his person.

Vyacheslav Razbegaev was one of the Russian actors who participated in the large-scale production of the Oresteia trilogy (dir. Peter Stein). He played the role of the Messenger: he appeared in rough boots and a dusty coat, as if reminding with all his appearance of how long he had wandered. Stein remembered the actor, and on his next visit, he invited him to play the role of Fortinbras in Hamlet.

Since 2006 he has been working in the Independent Theater Project. Since November 2009, he has been conducting the “Act” program on the “DTV” channel.