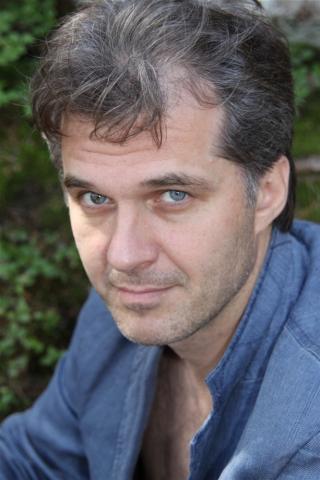 From the age of seven - soloist of the State Children's Choir of the Leningrad Radio and Television. The performances of the young singer were often shown on TV.

After graduation, he entered the LGITMiK. Thanks to vocal talent, he simultaneously mastered two specialties: “Drama Actor” (course by T. M. Abrosimova, 1993) and “Actor of the Musical Theater” (course by V. I. Podgorodinsky 1994).

He visited the creative workshop of the famous performer of classical romances Rubina Kalantaryan. Under the guidance of an outstanding teacher, he prepared the program for the first solo concert. In his repertoire there are still classical romances and hits of the 30s - "Capricious, stubborn", "Chrysanthemums", "Wicket", "Burnt Sun", "Tell me why."

After graduation, he was invited to work at the St. Petersburg State Drama Theater "Communion". As a member of the troupe, he toured Germany, the Netherlands, and France.

In 2002, he joined the troupe of the St. Petersburg State Drama Theater "Shelter of the Comedian."

Since 2003, he began to actively act in films and moved to Moscow. He worked at the Moscow Academic Theater. Vl. Mayakovsky.