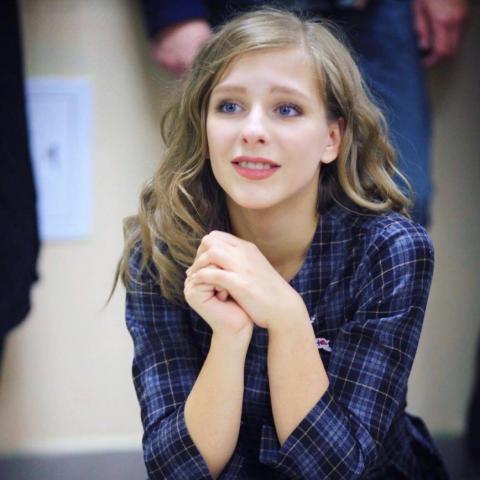 Filming in the cinema. At the age of seven, they participated in a large competition of children's talents in Hollywood, which attracted applicants from 60 countries of the world. She studied at the music studio at GITIS.

Having successfully completed the casting, she got the main role in the musical “Annie” directed by Nina Chusova. In 2004, at the 9th Theater Festival "Moscow Debuts", the Young Actress was awarded this role of the Audience Award. The popularity was gained after playing one of the main roles - the roles of the erudite and the child prodigy Galina Sergeevna Vasnetsova in the TV series “Daddy's Daughters” on the STS channel.