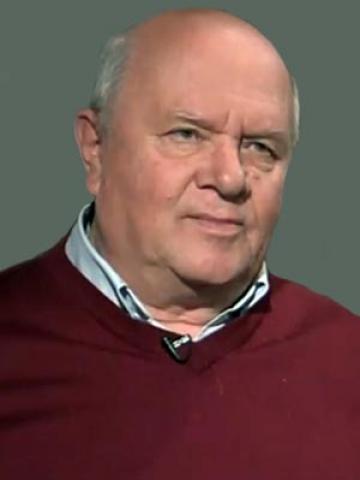 He graduated from four courses in the Faculty of Mathematics and Mechanics of Leningrad University, then he entered the Leningrad State Institute of Theater, Music and Cinematography and in 1975 graduated from it.

Since 1980, he has served in the Bolshoi Theater named after G.A. Tovstonogov, a teacher of acting at the University Center for Aesthetic Education.

Since 1989, he has been a regular participant in the famous Leningrad Theater of Skits “The Fourth Wall” under the direction of Vadim Zhuk (along with Alexander Romantsov, Boris Smolkin and other actors). Acts in films, one of the main performers of the role of N.S. Khrushchev in biographical series.

September 25, 2015, the actor took part in the theatrical online readings of the works of A. P. Chekhov "Chekhov Alive."

Theater roles
The main roles in the theater: