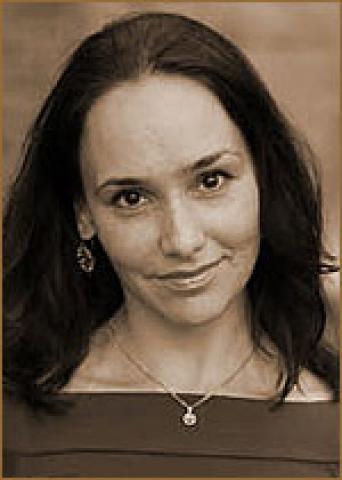 In 1999 she graduated from SPbGATI (workshop of A.Yu. Tolubeev) and was accepted into the troupe of the St. Petersburg Youth Theater.

A participant in the photo project “Strong in Spirit” (as part of the St. Petersburg week “Woman of the Year 2012”).
THEATER WORKS
"Influence" - Ruth
"Not all cats have a Shrovetide" - Feona
"Philistines" - Fields
"The Night After the Release" - Vera
"The truth is good and happiness is better" - Martha
"Andante" - Julia
"Graveyard Angel" - She
Midsummer Night's Dream - Mustard
“Understand Me” - Alice
Star Taller
Subbastik
"Pierretta's Veil"
PRIZES AND AWARDS
Laureate of the acting song contest "Dove".

Laureate of the acting competition "Cry of the Soul."