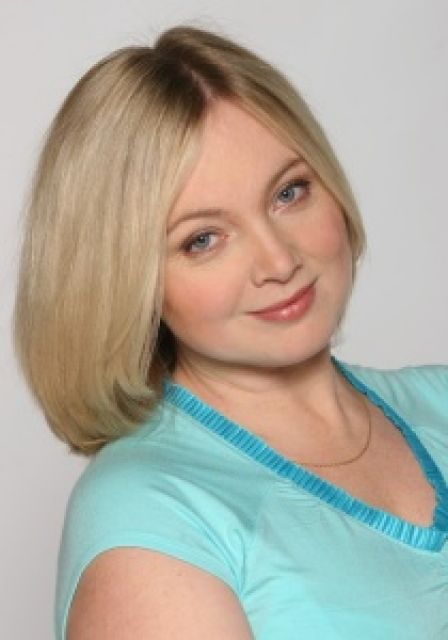 Marina Yakovleva was born in Siberia, in the small town of Zima, Irkutsk Region. At school, she was an excellent student, everyone respected her. Until the seventh grade, Marina did not dream of becoming an actress, but the movie was fond of, collecting postcards with actors. The girl was brought up in Soviet cinema, and she liked the extraordinary actresses: Nadezhda Rumyantseva, Nonna Mordyukova, Inna Churikova. I watched military films with great pleasure.

The decision to become an actress arose with Marina only in high school. After graduating from school, she went to conquer Moscow.

When Marina came to enter GITIS, she had a terrible pronunciation. She recalled that “... she spoke the way she used to speak at home: instead of“ w ”sounded“ f. ”For example, instead of eating, you use ef, instead of a mouse, mif. And at the same time a terrible tongue twister is a thousand words per minute. I often now chattering, but then ... " However, her “tongue twister” made a positive impression on teachers. They felt that this gives the girl a charm, emphasizes the individuality of her nature.

As a student of GITIS, Marina began acting in films, and with her first roles she attracted the attention of the audience. In just a couple of years, she starred in several films, the most notable of which were Yuri Yegorov’s children's adventure film “Wandering Wind”, where she played Marfutka, and Alexander Gordon’s melodrama “Scenes from Family Life”.

It is curious that the directors saw the “blue heroine” in the beginning actress, and she subsequently had to literally fight for characteristic roles that were much more interesting to her. Such a striking work was Maryutka from "Forty-first" - her Marina played as a student on the stage of GITIS.

Marina Yakovleva met with director Andrei Rostotsky in 1979. It happened by accident. Marina just finished the pictures "Scenes from family life." She stood at the entrance to the Gorky Film Studio and talked to the assistant director who brought her the script for the film “Once Twenty Years Later”. A short man ran past. Marina Alexandrovna recalls: “I looked at him and my heart skipped a beat. There was a hunch that this man would enter my life. A hunch flickered and disappeared. He caught up with us and said,“ Hello, Marina! ”(Her friend was also called Marina). She introduced us. It was Andrei Rostotsky. "

Perhaps their acquaintance would have remained fleeting, if not for the very assistant. Soon, she called Marina and offered to take part in the crowd in the film "Volcano Hussar Squadron." Of course, she, spoiled by the attention of the cinema (only in 1979 she had half a dozen roles in films), didn’t really want to participate in extras, but the assistant pleaded so, explaining that for the shooting you need well-dancing actors that Marina agreed. She really knew how and loved to dance. She always had five at the dance institute. An important factor influencing her consent was the fact that in this picture, Andrei Rostotsky starred in the role of Denis Davydov, who she liked after their first meeting.

In the painting "Squadron of Hussars of Flying," Marina played a young provincial young lady dancing a waltz at a ball with hussars. Marina did not just dance. Performing this episode, she tried to convey the spirit of the era in which her heroine lived, to invent her character. It is not surprising that Andrei Rostotsky chose her for a couple dance.

Marina Yakovleva recalls: “We danced a waltz. Head was spinning with happiness. I fell in love. Just like in novels - at first sight. He was very handsome in a hussar costume that came to him, he danced easily and gracefully. And I was it’s good and easy with him in a whirlwind of waltz. He somehow mischievously and cheerfully looked at me with blue eyes, and I felt that I was disappearing. In between filming, although there were a lot of his stunt friends, he didn’t leave me either one step, telling funny cinema stories ... "

Andrei and Marina continued to maintain relations after the filming of the film. Soon Rostotsky proposed to her, Marina agreed, and in 1980 they played a wedding.

Marina and Andrey were not just different people, they were completely from different worlds. Marina, brought up in a simple family, did not fit into the aristocratic circle of her husband. However, madly in love, she initially did not see all this. Already in the first month of their life together, Andrey did his best to emphasize his superiority. Once, he said: "The gentlemen loved to pour in the fresh blood of the serf girl in order to preserve the breed." In this, according to Marina, was her role.

Gradually, the couple began to move away from each other, relations became increasingly colder. The situation was aggravated by Andrew’s love affairs, so it’s not surprising that all this soon led to a logical break. Together they lived only a year and a half.

Today, discussing the reasons for the divorce from Rostotsky, Marina Alexandrovna says: "... probably because they played movies in life. Only in different ways: he is a hussar, and I dreamed of passions, as in" Romance of Lovers ". Something didn’t coincide. But, I think, if we had met a little later, maybe everything would have turned out differently. Then, twenty years ago, of course, I could not imagine that having parted with Andrei, I would get married again in a few years , I will have two sons that I will play sixty roles in the movie. What else will be in my life love, but no one tsya to Rostotsky. And that we will live in the neighboring houses, but in different families. But now ... "

After graduating in 1980 from the State Institute of Theater Arts. A.V. Lunacharsky, Marina began to actively act in films. The 80s became for her the most fruitful period in cinema. The young actress was offered many roles, and she had plenty to choose from. While still married to Andrei Rostotsky, she starred in films such as General Shubnikov’s Corps, Sashka, People in the Swamp, and Gypsy Happiness. In these films she was credited as Marina Yakovleva-Rostotskaya.

In 1982 (after a divorce from Rostotsky), Marina became an actress in the film studio to them. M. Gorky. Directors increasingly began to invite her to the main roles. In the film story of Alexander Mindadze, “Limit of Desires,” she played the teacher of kindergarten Vera, in the musical comedy of Vladimir Gorikker “Silver Revue” - the soloist of the ballet on ice, the dreamer and dreamer Lena, in the social melodrama Andrei Benkendorf “Good intentions” - Nadezhda, the teacher of the younger group boarding school in a provincial town. As a rule, the heroines of Yakovleva are funny, purposeful and, of course, beautiful girls in love with their profession. With their rampant temperament, they resembled Fros Bulgakov.

Interestingly, Marina herself was the same in life - cheerful, a little wild and impregnable. If someone laid a hand on his shoulder, then it could have crashed. She recalls the following incident: “When I starred in“ Scenes from Family Life, ”Mark Zakharov shot the film“ The Same Munchausen ”near the pavilion, and a very famous artist often looked into my dressing room, he starred there - for me he was a star! I was in love with him, but only as an artist. And one day, meeting me at the elevator in the evening, he pounced with kisses! I was terribly outraged: he did not give me a bouquet of roses, he did not kneel before me and did not promise love to the grave! I slammed him into such a crack that he, flying about three, he fell back. Alexander Abdulov became an involuntary witness to this scene. Absolutely dumbfounded by what he saw, he said, “Don’t bother the girl. Come on, let’s "raised the fallen" star "and taken away from sin. Now, probably, this is ridiculous and wild. But then I was like that and, most importantly, it seemed to me that there was no other way."

In 1989, Marina Yakovleva got a job at the School of Modern Play theater under the direction of I. Reichelgauz, but did not work there for long. Since 1991, she became an actress of the New Drama Theater (Moscow), where she still works.

In the cinema, the 90s is not the best time for Marina Aleksandrovna, as for most domestic actors. For a while, she still starred in films, but mostly they were very mediocre films, such as the thriller Vultures on the Roads or the comedy System Nipple - films typical of that time. Since the mid-90s, the actress completely disappeared from the screen.

The new period of Russian cinema

With the revival of domestic cinema, Marina Yakovleva was again in demand. She is still in great shape - charming and beautiful, like twenty years ago. True, now she plays not young girls, but more age-related roles. Especially often, she has recently happened to play all sorts of mothers, as for example in the TV series Afromoskvich. But in the Moscow Saga, her heroine is Agasha’s housekeeper, who has been living in the professor’s family since her youth and to a very old age.

One of the most notable works of the actress was the main role in the drama "Fall Up". Marina Alexandrovna admitted: “I gave up the role for a long time, because it seemed to me that I could not play such a vile creature - a woman beating a husband from a friend. In my life they did this to me. But I - never, know how to be mean. But I was persuaded , and apparently the role on the resistance was a success. " The role really succeeded, the heroine of Yakovleva was simultaneously seductively attractive and at the same time insidious and bitchy.

In addition to working in the theater and cinema, Marina Yakovleva conducted in 2000-2001 on television the most popular rubric “Useful Tips” in one of the most rated TNT programs “From the Life of a Woman”.

After a divorce from Andrei Rostotsky, Marina Yakovleva got married a second time. Her chosen one was actor Valery Storozhik. In this marriage, the actress had two sons - Fedor and Ivan. Marina Alexandrovna does not like to talk about her current family life. “I used to tell everything, and in vain,” she says.

As for her beautiful appearance, she believes: “We must try not to envy, not wish harm to each other - it will return. And then, even if you have wrinkles, no one will notice them if you are kind and gentle to people.”