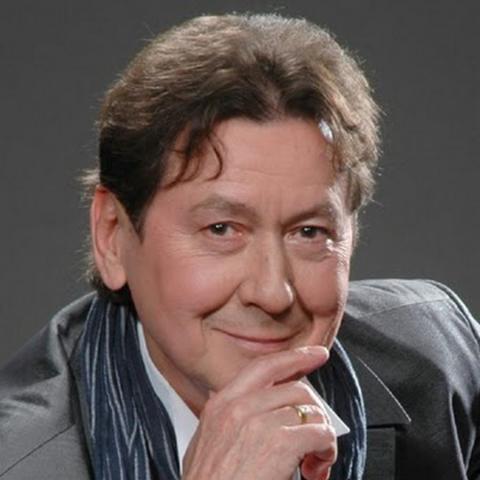 He studied at the Kazan Art College. He graduated from the Academy of Arts, receiving a diploma in architecture (1974). He began to sing in the amateur ensemble "Ghosts", organized at the Academy.

In 1975, he decided to professionally engage in singing. He receives an invitation to the main role of Orpheus in the first Soviet rock opera “Orpheus and Eurydice” (music by A. Zhurbin, libretto by Y. Dimitrin, director M. Rozovsky) from VIA “Singing Guitars”. For five years, he has been touring with success as part of this VIA throughout the Soviet Union. The experience gained as a result largely determines the role of the singer. He gravitates to expanded forms and is invited to participate in large-scale rock performances. In 1978, he plays the role of Til Uhlenshpiegel in the rock opera The Flemish Legend (R. Greenblatt - J. Kim), and in 1979 - the title role in the rock opera Racing (A. Vasiliev - Yu. Dimitrin).

He gives a lot of concerts, performing the songs of A. Petrov, V. Gavrilin, A. Rybnikov, D. Tukhmanov, I. Kornelyuk. In 1985, a giant disk was released with his songs, among which were popular Boy with a Girlfriend (I. Kornelyuk - S. Mikhalkov), Endless Road (S. Banevich - T. Kalinina), Forest Field (V. Malezhik - M. Tanich).

In the perestroika years, he turned to Tatar folk songs. In 1989, the singer returned to his once-most important role, performing the main part in the rock suite "Magdi", written on the plot of the Koran. In 1990-1992 He is actively engaged in the implementation of the stage production of "Magdi", which is shown in all major cities of Tatarstan, Leningrad and Moscow. In 1993, the performance of Asadullin took place in the Oktyabrsky Concert Hall in St. Petersburg. In 1995, a CD with his best songs, "Road Without End," was released.

At present, he is the soloist of the State Concert and Philharmonic Institution Petersburg Concert.