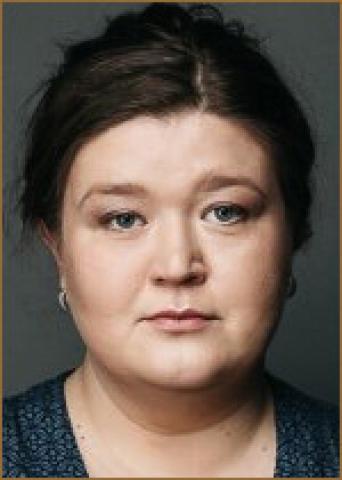 In 2007, she graduated from the Sverdlovsk Regional School of Arts and Culture (SOUIIK), the department of theater directing (workshop of L.V. Negasheva and V.V. Shtanko). At the end of the school, she was enrolled in the St. Petersburg State University of Theater and Theater, the department of directing and acting (workshop of G.A. Kustov and N.Yu. Pozdeeva).
Since 2013, the actress of the St. Petersburg Drama Theater named after Grafina S.V. Panina.
Since 2015 - actress of the St. Petersburg Theater "Our Theater".
Since 2017, she has been working in the Invisible Theater.
THEATER WORKS
Signora Scotty - The Incident
Aunt Turtle - “The Return of Brother Rabbit”
Lungwort - “Dunno. RU »
Director - "Acting Zhist"

Entreprise:
Widow - The Taming of the Shrew
Aunt Klava "-" Really it was "