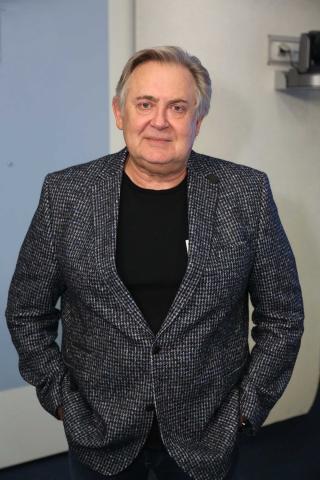 Born July 10, 1957 near Odessa, in the village of Borodino, Tarutinsky district.

Father and mother did postgraduate practice in the village. Then they moved to Odessa and childhood passed on Peresyp, near the sea.

He received his acting education at the A.V. Lunacharsky Moscow State Institute of Theater Arts, course of V. Ostalsky.

Since 1978 - actor of the Leningrad Bolshoi Drama Theater. Gorky, on the stage of which Mozart played in the play "Amadeus" staged by Georgy Tovstonogov.

Together with Ilya Oleinikov he worked in the television program "Adam's Apple." In parallel from 1991 to 1993, he worked on Leningrad television as a director and host of programs.

In 1993, Stoyanov and Oleinikov created the Gorodok program at the VGTRK Rossiya, which very soon won the sympathy of the audience and was repeatedly awarded the Teffi television prize.
Since 1993 - director, author and host of the program "Town".
In 1997, the book “See You in Gorodok”, co-authored by Yu. Stoyanov and I. Oleinikov, went out of print.