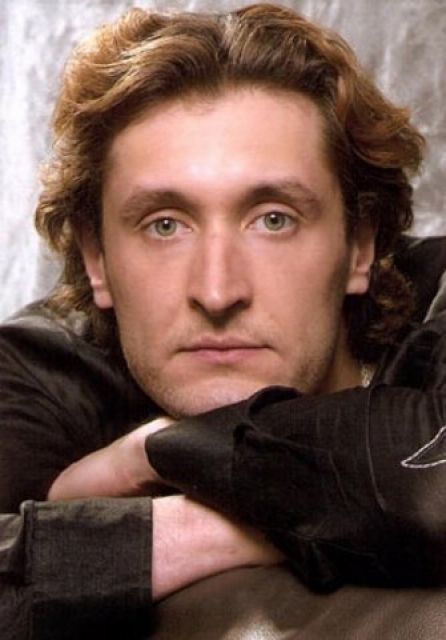 He was awarded the Diploma and the special prize “Recognition” of the Moscow International Television and Theater Festival “Youth of the Century” in the nomination “For the talented performance of the male role in the theater” (2002, for the role in the play “The Loop”).

Oleg Maslennikov-Voitov was born on October 18, 1977 in a military family. All his male relatives were military, both on the paternal and the maternal side. From an early age, the boy was brought up in patriotic traditions. In addition to the understandable interest in the army, Oleg in high school became interested in theater. The reason for this was the additional classes conducted at the school by teachers from MGIMO and the Shchukin Theater School.

After leaving school, Oleg had a choice - a military school or a theater school. The young man chose the Omsk Higher Tank Engineering School, where he entered in 1994. For two years, Oleg Maslennikov-Voitov comprehended military science, simultaneously engaging in amateur performances: he organized a vocal-instrumental ensemble with which he performed in various garrisons. Nevertheless, the desire to become an actor won ...

In 1996, Oleg Maslennikov-Voitov left the walls of the military school and entered the Moscow Art Theater School on the course of E.N. Lazarev. Having studied for four years, Oleg successfully graduated from the Studio School in 2000. His diminutive works were the roles in the performances: “Poor bride” (Benevolensky), “Do not get in your sled” (Rusakov), “Last summer in Chulimsk” (Shamanov), “Zoykin’s apartment” (Amethistov).

Oleg began his acting career at the On Pokrovka Theater. He played in the performances: “My poor Marat” (Marat), “Interview on the topic of freedom” (Timur), “The Little Prince” (Pilot), “Jealousy” (Prince Dabilian), “The Examiner” (Svistunov), “Hamlet” ( Laertes).

After working for one season, Oleg Maslennikov-Voitov in 2001 moved to the Modern Theater. The biggest success of the actor on the new stage was the role of Rasputin in the play “The Loop” (directed by S. Vragov, R. Ibragimbekov). For this work Oleg was awarded in 2002 a diploma and a special prize "Recognition" of the Moscow International Television and Theater Festival "Youth of the Century" in the nomination "For the talented performance of a male role in the theater." In addition to the “Loop,” Oleg Maslennikov-Voitov is engaged in performances: “The Journey of the Little Prince” (Fox), “Katerina Ivanovna” (Mentikov), “Looking for Meetings” (French).

Oleg Maslennikov-Voitov began acting in films since 2001. At first he played supporting roles. Among his heroes were: Vadim in the series "Detectives", the head of the medical center Boris Dorman in the series "Airport", Roman Carmen in the series "Stalin.Live", Andrey Titarenko in the film "Race for Happiness" and others.

In 2007-08, Oleg Maslennikov-Voitov played a number of notable roles: Nefedov in the films of Alexey Pimanov “Three Days in Odessa” and “Alexander Garden”, Leva Ivanovsky, the eldest son of Rachel and Jacob in the series “Heavy Sand”, Gustav Korf in the historical the film "Secrets of Palace Coups", Rasstrig in the action-packed series "Bet on Life", the district police officer Stepan in the series "Blue Nights", a stuntman named Fighter in the series "Tricksters". But the actor came to real fame a year later, when the series "Margosha" was released.

The idea of ​​the series "Margosha" is far from new. One fine day, the hero of the film, Gosha Rebrov, wakes up in the guise of a woman, and for him (or rather, now for her, for Margo), a new unexplored life begins. The role of Margot was played by actress Maria Berseneva, and Oleg Maslennikov-Voitov got the role of art editor, photographer Andrei Kalugin, in whom Margot falls in love. The actor tells about his work in Margos: “The project attracted by the fact that the topic is interesting. And then, playing a creative photographer is new for me, I have never had such roles. Kalugin is raising his daughter alone, and I wanted to understand how it is to prepare myself for fatherhood ... ”