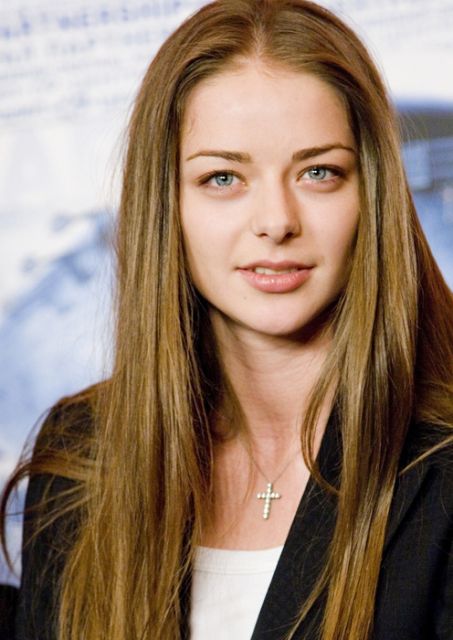 Marina is the only child in the family. Dad - Andrey Vitalievich - lieutenant colonel. Mom - Irina Anatolyevna - works at the Herzen Pedagogical University.

The first five years, Marina and her parents lived in Hungary, then they moved to Transbaikalia, and then moved to St. Petersburg. Parents saw their daughter as an English translator or tourism manager. Marina regularly attended the relevant courses. She graduated from mathematics school No. 308 and a harp music school.

After graduating from music school, the ninth-grader Alexandrova entered the theater studio at the television channel "Fifth" and began to participate in poetry evenings and television programs. In the studio, she “became infected” with the acting profession: “Our director was a graduate of the Shchukin school. From him I learned everything about“ Pike ”: about teachers, about the teaching system and traditions of the school. And yet I didn’t gather until the end of tenth grade artists "".

Therefore, when finishing the eleventh grade, the daughter said she wanted to go to the theater, the parents did not take it seriously. Marina recalls: "In our family, respect and mutual understanding always reigned. My ingenious parents never forbade anything. Therefore, dad said:" Try, but you can’t do anything. "

Probably the only person who believed in Marinin the lucky star was her grandfather Anatoly Nikolaevich. "Come on, Marina, you will be fine." On the eve of the granddaughter’s departure to Moscow, grandfather fell into a coma, and soon died. Aleksandrova claims: “Grandfather helped me to do what he does and leads through life. He was everything to me. Strong-willed, purposeful. He loved people very much. He probably put it in me from childhood.”

Marina also speaks warmly of her parents: “When I left St. Petersburg, I realized even more that no one would love me anymore. These are the two people dearest to me. I somehow she said that I would also like to raise my child the way they do me. "

At less than seventeen, Marina went to Moscow on her own. She auditioned for various universities - both at VGIK and GITIS. She came to “Pike” at the very last moment - she wanted to better “run around” the program: “I started reading an excerpt from War and Peace and saw that in front of me were all the Shchukin masters who had been told so much to me! It was an indescribable feeling ! " Marina entered the Shchukin School when the first-year student of the acting faculty was almost completed, and only after she found out that 10 people were applying for this place.

Already in the first year, Marina Alexandrova first starred in the movie - in the film by Andrei Razenkov "Northern Lights". She comprehended the basics of working in front of the camera with Alexander Zbruyev, Mikhail Ulyanov and Elena Koreneva. Love had to play with the young debutant Zbruyev: "The director took me aside and said:" Let's act like an adult! No need to freak out. Well, Zbruyev - what's wrong with that? "After that, I tried my best not to look at my partner with the enthusiasm that was really breaking me."

Work in the "Northern Lights" has become a good school for Alexandrova. Now it’s not so easy to surprise Marina: “If they call me from Hollywood and say that there is an offer from Spielberg, I won’t be surprised and answer that I’ll think. There is nothing impossible. The main thing is my own desire and belief that everything will work out. If you just sit and wait, you can skip everything. "

When filming the last plan of the picture, where the heroine runs in a wedding dress barefoot (and there were frosts), Marina covered a total of eighteen kilometers. Someone from St. Petersburg's acquaintances, seeing her in the dress of her bride, the next day hastened to congratulate Marina's parents on the marriage of her daughter.

In the same year, in the series "Empire under attack," Marina played a small role as Stolypin's daughter, who was killed after the explosion.

The popularity in Marina Alexandrova brought work in the series "Azazel". Marina says: “Three different people recommended me there: my acting teacher, the actor who auditioned for the role of Fandorin, and the assistant director. And then I called Adabashyan and asked:“ Did you read Akunin? ”Then it seemed to me that Akunin - it’s some incredibly famous classic like Tolstoy. But I haven’t read it yet! I blushed terribly and admitted that Akunina hasn’t read it yet ... "

In this film, a young, unknown actress played Lisa, the bride of Erast Fandorin. And although the role was small, the young performer was remembered. Already if only because the shooting began at the peak of interest in the work of B. Akunin.

According to Marina, her favorite actress: “Alisa Freindlich. And on the set of Azazel, I was lucky enough to meet Marina Neyelova. I’m only twenty years old, and life introduced me to such people! It will be possible then to tell my grandchildren that I knew Goffman, Lebeshev , Alexander Adabashyan, Bogdan Stupka, Marina Neyelova, Ekaterina Vasilyeva ... ".

In 2002, Alexandrova took part in the filming of the television show "The Last Hero-3." "I was interested, I understood that such an event can only happen once in a lifetime ... And, probably, I wanted to check myself, to understand something. And of course, this is such a PR. My career is just beginning ..." - admitted she.

Indeed, participation in this popular show brought her great popularity among viewers and raised interest in the aspiring actress.

In 2003, the director Vsevolod Plotkin invited the actress to the series "Leading Roles", where she played a funny, desperate girl. In the same year, the actress starred in the Polish film "When the Sun was God", and in 2004 - played the role of singer Polina in the 12-episode film Leonid Eidlin "Love is one love." The director was pleased with the work of the actress: "Marina Alexandrova is an intelligent chaste nature, she does not have depravity, cabotism."

In the military drama The Last Armored Train, she reappeared in the image of a pure, chaste girl. And completely unusual Marina appeared in the series "Star of the era." She not only changed outwardly, repainted in a blonde. Her character is a truly free, sexually liberated nature.