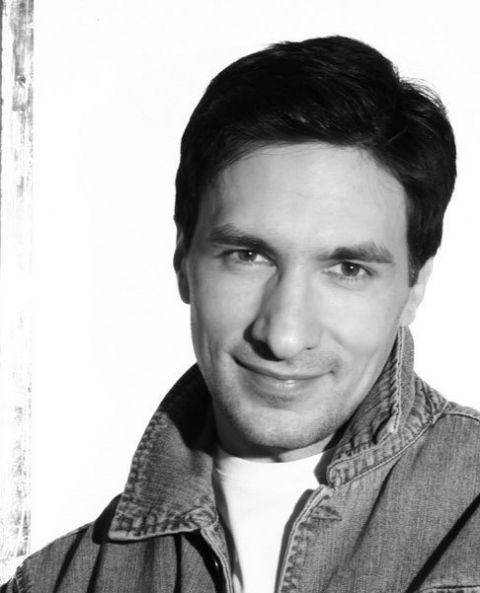 He graduated from the Higher Theater School named after Shchukin in 2003 (course of R. Ovchinnikov)

In his youth, he was engaged in a theater studio, but was not going to become an actor. Instead, he graduated from a pharmaceutical school with a degree in pharmacist and pharmacist. Until the age of 25, Gregory managed to work in a pharmacy, made fax copies, and was an advertising agent.
Grigory Antipenko decided to change the fate in 1999. At that time, he worked as a scene assembler at the Satyricon Theater. Under the influence of Konstantin Raikin, he entered the Shchukin school, the workshop of R.Yu. Ovchinnikov. Already in his fourth year, Antipenko made his film debut, starring in the series "Code of Honor."

While studying at VTU them. B. Schukin Grigory Antipenko for some time played in the "Class Theater". After graduating from college in 2003, he was accepted into the troupe of the theater "Et cetera". A year later, due to the huge employment in the cinema, he had to refuse to work in the theater. No, Gregory did not quit the theater, but the performance with his participation was temporarily removed.

Meanwhile, Antipenko starred in several series. In "The Talisman of Love" (2005), he happened to play the main villain - the thief Plato Ameline. And this role, despite all its negativity, brought him the first fans.

In the same year, Antipenko was approved for the role of Andrei Zhdanov in the series “Do Not Be Born Beautiful”. This decision was given to the creators of the series is not easy. Antipenko several times claimed for this role and again removed. But as a result, they decided that the best performer for the role of the main serial seducer could not be found.

Antipenko himself was initially rather skeptical of this role. As the actor admits, he does not at all look like his hero: “I had a fate not at all like Andrei — my life patted me a little, and that’s good. Andrei has wealthy parents, a brilliant education, good expensive cars. ” But then Gregory got carried away by his character, tried to understand and figure it out. As a result, the actor very organically fit into the role.

Grigory Antipenko’s partner on the series Nelly Uvarova notes that he is very talented, and playing with him is a pleasure.

Gregory was married, has a six-year-old son, to whom he is very attached. Antipenko divorced his first wife, but the actor’s heart is not free now, Antipenko’s new darling is his colleague on the TV series “Don't Be Born Beautiful,” Julia Takshina.

In his free time, the actor likes to drive around the city by car or just sit in the park, contemplating nature. Antipenko’s hobbies include mountaineering: he makes trips to the Caucasus, the Tien Shan and other notable places.

Work in the cinema brought Antipenko not only fame, but also a loss - the actor had to leave the Et cetera theater. “I myself did not leave the theater, I was fired. I just did not agree with the characters with San Sanych (Kalyagin. - Approx. Aut.). But I have no regrets at all. I didn’t really have roles there. But two years spent in theater walls are a good practice. "

In April 2007, after summing up the National Television Star Award held by the Ukrainian television journal Telenedelya, Grigory Antipenko was recognized as the best television actor of the year for his work in the series Do Not Be Born Beautiful.

About the series "Don't Be Born Beautiful."

According to the actor, his hero in the series - Zimaletto CEO Andrei Zhdanov - does not look like him at all. The movie hero is very rich, littering with money, revels at parties, changes women.

In life, Antipenko is not spoiled by money. All that is is a modest apartment in Moscow, a car. He says that he would never use the location of people (especially women) for his own purposes, he hates the art of manipulation.

He does not like noisy companies. Admitted: the only thing that has in common with his hero is "poisonousness", but first of all to himself.

The actor, as a creative and overly emotional nature, is important not only to be loved. He simply needs to experience this wonderful feeling of love himself. It is very useful for our work. So, as it inspires, nourishes, powerfully charges and allows you to give all your best then on the site at 100%.

Now I have a wonderful, beautiful life partner Yulia Takshina. I am proud to have found my ideal! Although, when I first saw her by chance in the "Pike", and could not imagine that we would be with her. I did not notice her, did not even know her name, did not say hello. And here, on the set, we discovered each other. We have an absolutely official romance.