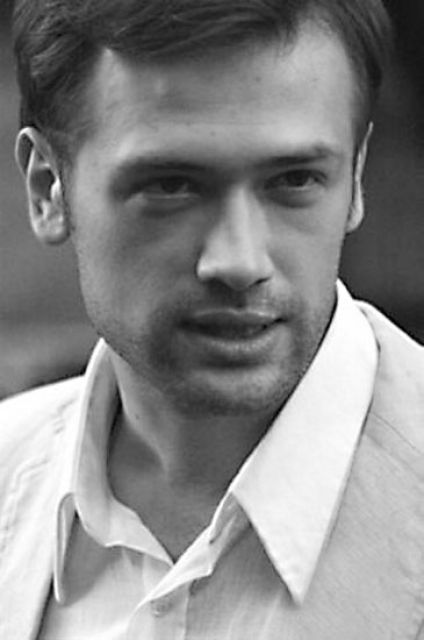 Anatoly was born in Vladivostok, and like many seaside boys in his childhood dreamed of becoming a sailor. In school years, he did a lot of sports - boxing, karate, and at 16 he even got a brown belt. Anatoly believes that he could make a cool military man, especially since both his father and his elder brother were military men, but fate decreed otherwise ...

After school at the age of sixteen, Pashinin immediately entered two faculties of the institute: metallurgy and environmental protection and economic. In the fifth year I combined my studies with work in a company, in the marketing department. All this was interesting, but ... for the time being.

Once Anatoly asked himself: "Do you regret anything in life?" And I realized that yes, he is sorry. First of all, that he did not go on stage and did not act in films. He was always a joker, a joker, he loved to fool around.

Deciding to remain honest with himself, Anatoly surrendered everything and left for Moscow to enter a theater school, which simply shocked his parents. In Moscow, Anatoly entered the VTU named after Shchepkin. In the first acting lesson, the famous teacher Rimma Gavrilovna Solntseva asked why Pashinin decided to become a student again. And Anatoly honestly replied that he wanted fame.

The first main role of Anatoly was the role of the boxer Pashka in the series “Provincials” by Krasnopolsky and Uskov. It was here that he acquired useful sports skills acquired in childhood. In general, the word "provincial" Anatoly in relation to himself is insulting, because in Moscow this word means an adventure. If a person has the determination to come to Moscow from the other end of the country, to a city where he has nothing, and only unbridled faith in his soul, this can be called an adventure.

In the "Instructor" Evgeny Serov, the actor got the role of the negative hero Mini, but the actor's final recognition on the street was fixed after the series of Vadim Shmelev "Ondine". The role of a simple modest guy Dima, besides being in love and dreamy, was remembered for a long time, especially by the viewers.

For the series “Firefighters” by Isaac Friedberg, Anatoly, like all other actors, had to learn the basics of firefighting from professionals. Communication with real firefighters and the talent of the director allowed in a short time to make a good series, collecting “stars”, among which was Anatoly Pashinin. Although so far he does not consider himself as such.

Another breakthrough in the professional field can be considered a memorable role in the Ukrainian film "Stolen Happiness." The role of brutal and passionate Michael came out bright and wonderful. It also mattered that the actor knows and speaks good Ukrainian.

The actor also played the role of a military man - senior lieutenant Doronin - in the series "Stormy Gates", filmed according to the novel by A. Tamonikov. This film is about the fate of our paratroopers in a hot spot and is dedicated to the feat of the 6th company in Chechnya.

We can say that during his studies, Anatoly Pashinin was a sought-after actor. He has charm, determination, professionalism. The actor considers modesty to be his main drawback, while smiling sweetly ... But he puts a habit of showing off as a minus. And this is not a bad habit for a good actor and person.