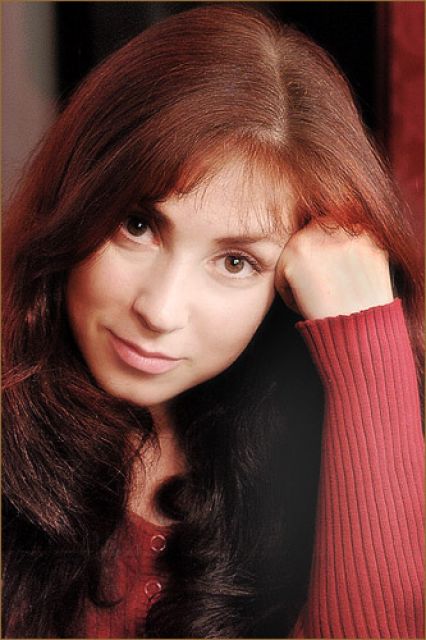 Her maternal grandmother was the primacy of provincial theaters. She played tragic heroines - Mary Stuart, Katerina; at one time she worked with the father of Leah Akhedzhakova, who was the director in Maykop. My paternal great-grandmother was a well-known pediatrician. Father is a physicist.

From childhood she was engaged in skiing, English, drawing, singing, solfeggio.

When she was in seventh grade, the Harlequin Theater Lyceum was formed. She entered, weaned for a year. Then at GITIS they announced admission to college for an experimental course at the directing faculty. Studied in an integrated program - educational and special subjects.

In 1995, she graduated from the Russian Academy of Theater Arts (course of B. G. Golubovsky) and was invited to the Gogol Theater, where she played in the performances “Comedy about Frol Skobelev” (Varya), “Faithful Wife” (Marie Louise), etc.

In 1998, she was invited to Lenkom to play the role of Pannochka in the play Mystification, then she plays in the play The Royal Games (Anna Boleyn), as well as the famous play Juno and Avos (Conchita).

She participated in the project of the First Channel “Stars on Ice” together with the skater Alexei Tikhonov. In 2009, she took part in a similar show, Ice Age, paired with Povilas Vanagas. The pair took third place.