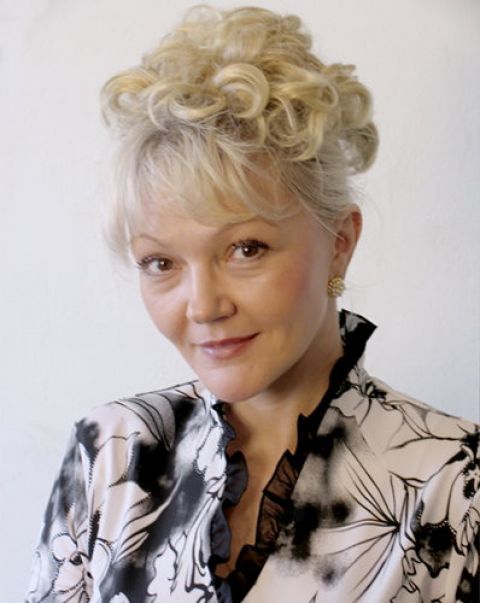 At school, Marina Dyuzheva studied diligently and considered literature a favorite subject, so after the 8th grade I recovered to enter a literary school. But in the exams, she failed miserably, failing to answer the tricky questions of teachers. After leaving school, Marina’s girlfriend was going to go to GITIS and invited her to go with the company. The girlfriend at the very last moment was chickened, and Marina was bolder - not only went, but also acted.

Marina was admitted to the State Institute of Theater Arts. Lunacharsky (GITIS) in the workshop of V. Andreev. Already in the first courses, she began acting in films, then still under the name Kukushkina. Among her first works - children's adventure film novel "The Secret City", the drama "Consider Me Adult", the melodrama "Re-Wedding."

In 1976, Marina graduated from GITIS and became an actress in the Theater Studio of the film actor. Then the audience recognized her as Dyuzheva.

In total, the actress has more than 60 roles in films, large and small - “Citizens”, “Tavern on Pyatnitskaya”, “Mimino”, “For family reasons”, “At the end of summer”, “State border”, “Girl and Grand ”,“ Shadow ”,“ Moscow Vacations ”and many others.

The directors mercilessly exploited the charming appearance of Marina, her heroines often came out equally positive. Because of this, the actress suffered greatly, because her potential was much higher, which she successfully proved more than once. It was worth getting at least a slightly non-standard role, Dyuzheva immediately transformed in front of the audience.

Marina Dyuzheva continues to act in films. One of her last works is roles in the series “Daddy's Daughters” (Violetta) and in the film “My” (mother of Sveta).

In addition to working in films and theater, Marina Dyuzheva is engaged in dubbing foreign paintings.

The husband of Marina Dyuzheva - Yuri Geiko works as a journalist in Komsomolskaya Pravda. They met in 1980 in Yalta on the set of the film "The Rape of the Century": Yuri worked there as a stuntman, and she starred in one of the main roles. He was 32 at the time, she was 25. When their “southern” romance began, he found out that she was born on the same day as his mother, and considered it a good sign. When it turned out that their fathers were born on the same day, it was already a sign of Destiny. But after all, the weddings of their parents also took place with a difference of one day!

When Marina gave birth to their first son, Misha, exactly on the day of her birth and on the birthday of Yuri's mother, it became clear that they met on this earth for a reason. But God continued his hints - the second son, Grisha, she gave birth six years later on her husband's birthday. Unfortunately, Misha was born into the world with a severe form of allergies and at first it was very difficult for parents: Marina had to bandage a tiny little body several times every night. But over time, the boy’s health returned to normal.

Marina writes wonderful poems, but, unfortunately, does not print them anywhere. Marina Mikhailovna loves her sons, and spends her free time in the country: she is a passionate gardener.