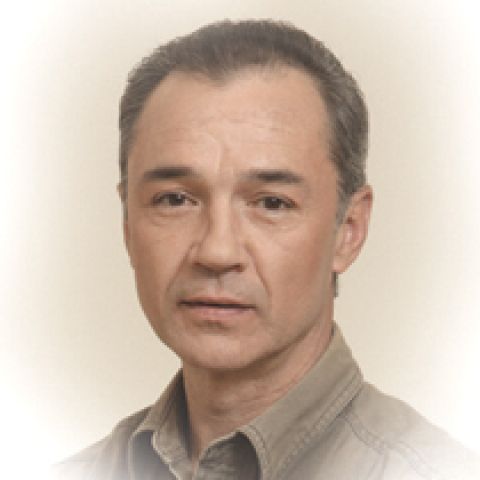 Having chosen an acting career, Eugene entered the Leningrad Institute of Theater, Music and Cinematography. Still continuing his studies in 1972, he made his film debut, first appearing on the screen in the children's adventure drama directed by Radomir Vasilevsky “Turn on the Northern Lights”.

In 1973, Evgeny Leonov graduated from LGITMiK (workshop of Vasily Vasilyevich Merkuryev and Irina Vsevolodovna Meyerhold) and became an actor at the Lenfilm film studio.

In his first films, Eugene starred under the name Leonov, but after the film “Front without Flanks,” he added Gladyshev (mother's last name) to her so that there would be no coincidence in the credits with the famous actor Evgeny Leonov.

Evgeny Leonov-Gladyshev was invited to the picture "The meeting place cannot be changed," when he starred at the Odessa film studio. Initially, Eugene was offered to try on one of the main roles - Volodya Sharapova. But the artistic council did not approve it and the role went to Vladimir Konkin. Instead, Stanislav Govorukhin offered him a small role as operative Vasya Vekshin.

In 1992, Yevgeny Borisovich first tried himself in directing, co-authoring with Viktor Trakhtenberg the social drama “The Highest Measure” based on the novel “Boxing” by Yevgeny Kozlovsky.