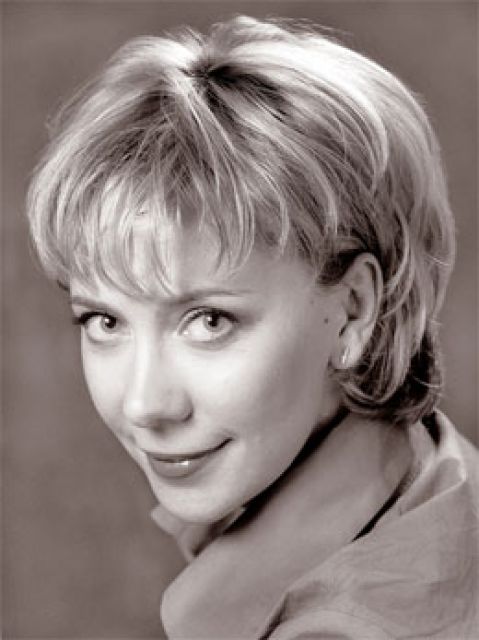 She graduated from LGITMiK (class of Professor R. Agamirzyan) and was distributed in the Komissarzhevskaya Theater.

The most fully and brightly talented actress revealed in the period from 1997 to 2003. During this time, she played several vivid roles, deservedly becoming one of the leading actresses of the troupe - stylish and modern.

Over the 15 years of stage activity, Elena Vyacheslavovna has repeatedly amazed the theater community with the abrupt turns of her role: someone saw her as an actress of an ostentatious plan, others attributed her heroines to vamp women. The creative range of the actress, indeed, allows such scenic metamorphoses. The ostentatious actress is able to plunge into the psychological abysses of her heroines, revealing complex nuances in them. In her palette, the colors are not only bright and ringing, but also muted, pastel, with halftones. A sense of proportion never changes an actress. As they grew older, not only Elena Vyacheslavovna’s repertoire changed. Professional skill was enriched and complicated. Being sensitive to time, the actress is able to express the novelty of the day in each of her roles.

A vivid stage personality was also seen in the cinema. Her roles in the TV series Agency Golden Bullet, Streets of Broken Lights, By the Name of Baron, and others brought the actress wide fame and won the love of the viewer.