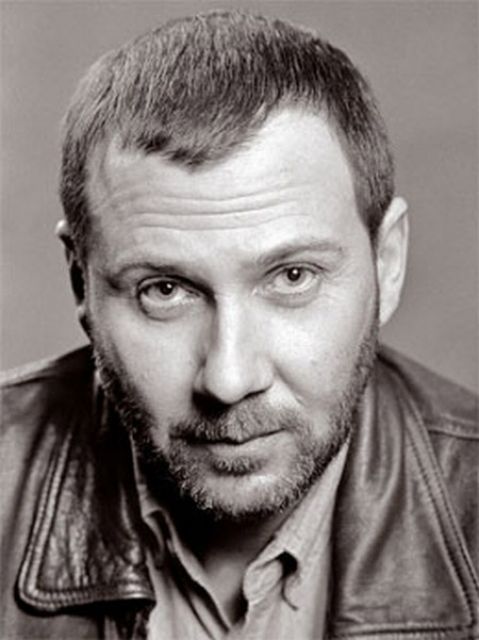 Eugene Ganelin was born in a family of historians. Father is a corresponding member of the Academy of Sciences, mother is a teacher of history. Parents dreamed that his son would follow in their footsteps. However, the son chose the profession of an actor ...

Before the "Deadly Force" Eugene Ganelin was not known to the general public. He appeared in films occasionally, and these were only episodes.

In the series "Slaughter Force-2" Evgeny Ganelin played the role of a stern worker in the "slaughter department" of St. Petersburg police Lyubimov. The actor talks about how he got into the series: "The actors who played in the series" Streets of Broken Lights-2 remained on their channel, so it was necessary to replace them. To my great shame, I have not seen a single series of "Deadly Force". When I was tried for the role, I was sure that it was just a big movie. Perhaps that is why I did not feel any fear. There were two samples. After them, the director called me and congratulated me on the approval of the role of Lyubimov. And an hour later I found out that I would play Verigin. Together with Sergey Kasherny, who was also supposed to take part in the filming, we arrived at the studio. I was dressed in summer - shorts, sandals. Director Vitya Buturlin commands: "Quickly to the frame!" And I not only did not see the script, but even dimly imagined what the film was about. And, in my opinion, Sergei and I were simply confused. Even Viktor Ivanovich did not understand very well who would play whom. Since then I have been playing Lyubimov, and Seryozha - Verigin. So in the first series, viewers see me in sandals on their bare feet. "In life, I don’t look like a formidable cop anyway, and I felt ridiculous in sandals."

Currently, Yevgeny Ganelin is acting in films, works in the theater, teaches at the institute, and has written a dissertation on amateur theater. He manages everything and does not complain: "When an actor complains of fatigue, it is in most cases coquetry, because it is impossible to get tired of what interests you. And if you are not interested, don’t take it."