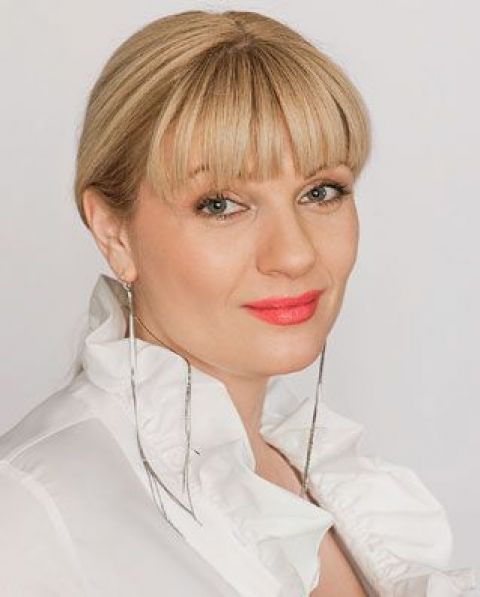 Anna Ardova was born into a family that it would be a sin not to call the “cultural heritage of Russia”: the first beauty of Moscow, Nina Antonova-Olshanskaya, kind grandmother, actress and student of the great Stanislavsky, Viktor Ardov, beloved grandfather, famous satirist, famous film actor Alexei Batalov, an uncle who taught her niece to swim and keep her back straight, and finally, Boris Ardov, dad, director and artist - animator, and mother - actress of the Youth Theater. And they named Anna Ardova in honor of her grandmother’s friend, the great Anna Akhmatova.

Having been born prematurely, and even with pulmonary fibroids, a weak child put his whole family "on the ears." All but Baba Zoe, a grandmother who was periodically called from St. Petersburg, as everyone else was just busy at work. Zoya’s grandmother was a harsh woman, on Saturdays she “laid” Anna and her sister on the bench and heartily, in order to prevent them, beat them, despite any prohibitions from the almighty relatives.

Anna Ardova’s mother managed to get married several times, and the girl had to establish relations with one step-father, then with another. The handsome man, a wonderful, kind-hearted man, the famous actor Igor Starygin, however, quickly managed to win the sympathy of his beloved daughters. But with the second stepfather, director Lev Davydovich, Ani’s relationship did not work out.

“To spite him, by the way, to everyone,” a seventh-grade student smoked refuelingly, drank “Port”, then dropped out of school altogether, and by the middle of the ninth grade, the question arose of expelling Anna Ardova from school. The girl was quickly sent to her aunt, the school principal in the Vologda Oblast, for correction. No, a silver lining. It was in this setting, when all the capital's temptations were expelled from Anna's life, the young creature became addicted to reading, the only entertainment available to her. Putting books under the textbooks, she "swallowed" all the classics, but her performance, however, did not increase.

I had to resort to the help of the famous grandmother. A compassionate relative in two weeks prepared her granddaughter for final exams. Having received the long-awaited troika certificate of education, the girl only entered the theater from the fifth call. Her famous relatives basically did not bother her, flatly refusing to make the girl a proper patronage.

Only the great Goncharov believed in Anna Ardova. He first took her to his workshop in GITIS, at the end of which in 1995, by his patronage, she was enrolled in the troupe of the famous Mayakovsky Theater. The actress never cheated on the famous scene, and, it seems, is not going to do this in the future.

Cinema met Anna Ardova not willingly. In 1983, Mikhail Kozakov invited the actress to his school comedy “If You Believe Lopotukhin” for the role of the actress’s namesake power-law Ardova, where she was lucky to be on the set with the leading figures of the movie - Leonid Bronev and Svetlana Kryuchkova.

Then, only many years later, even in 1997, Alexander Gorshanov proposed, this time, the main role of the languishing loneliness of the owners of a nonsensical village family with a constantly mowing cow in partnership with Vladimir Mishukov in the novel "The Wailing Heifer" based on the eponymous short story by Isaac Bashevis Singer . The film had some success, was awarded various prizes and prizes, but the film career of the actress herself again slowed down.

And only a few years later, since 2002, Anna Ardova, becoming one of the leading serial actresses, conquered the cinema irrevocably and completely.

After filming in 2002 in the role of romantic Rosalina in the television play "Plague on both your houses!" Ardova’s invitations followed one after another. The incomprehensible Isolde in the emotional series “Always Say Always,” the modest Faith in “Only You.” The main role of the contemplative Lilia Alexandrovna in “The Secrets of the Blue Valley” opened up the actress new perspectives in the series cinema. She was invited, though in a supporting role, to “ Silver lily of the valley "and the series" Children of the Arbat ", and all this, it is worth noting, filming of 2004 alone.

Having played in 2005 in the New Year’s musical “Three Musketeers” by one of the main characters of the great Dumas - charming Aramis, and then the gloomy Keymaster in “The Case of Dead Souls”, Anna Ardova was invited to the iconic role for her interesting, bright, funny , charming bitch in the series "Brand History". Her heroine “Yablokova tried to deceive everyone, skillfully used everything for her own ends. And this image, of course, did not leave indifferent, and the actress herself was allowed to rise higher to a more deserved step in her work.

Then there was 2006, saturated for Anna Ardova with big roles: Daria in the film “From Flames and Lights”, librarian Irina Zhivtsova in “Ostrog. The Case of Fedor Sechenov”, the main role in the “Women's League”, and insignificant: taxi driver Ella in "Airport-2", Klara Zetkina, Dasha's former classmate in the series "Happy Together."

2007 and 2008 also did not let the actress get bored. Filming on one site smoothly switched to filming on another. This is the rambling Raika, who helped Vera’s roommate to raise Ritka in the series “Still I Love”, the simple hostess in the film “A Man Without a Pistol”, and the graceful Irina, Elena’s friend in “The Cold Sun”, executive Lyusa, housekeeper Dragomirova in the series "Urgently to the Room", this is the sedate Galina Arkadyevna Shvets in the film "Lace", and, of course, the prominent role of the contemplative Tatiana in the Russian-Ukrainian project "And I Love Married."

So, the cinema took Anna Ardova, and the actress answered him with reciprocity with her undeniable talent.

The personal life of the actress Anna Ardova always and at all times was in the first place. Because of her first love - George Shangelaya, the son of a famous Georgian director, she even left the theater, but the victim was in vain. Anna returned to the theater and, in order to forget George, plunged into a new novel. Her new lover was a sweet, kind man, sincerely in love with Anna, but family and children were not part of his plans. I had to say goodbye to him. A happy fate in the person of a convinced bachelor Alexander Shavrin announced itself when the actress was six months pregnant.

Anna Ardova is a happy person. She has wonderful children growing up: the elder Sonya plays in films and theater, her son Anton, a born comedian, starred with her mother in the series "Women's League". And there is also a wonderful, understanding husband and beloved job.