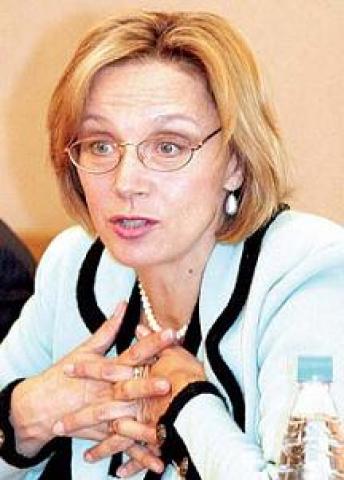 She was born on the night of February 29 to March 1, 1948 in Vienna (Austria), her father is a military man, and her mother is a teacher.

As a child, Irina Petrovna studied in the theater circle of the Palace of Pioneers and in the circle of cameramen, dancing and daydreaming about the career of a ballerina. In 1965-1966, after graduation, she studied at the Faculty of Foreign Languages ​​of Taras Shevchenko University of Kyiv.

In 1969, she made her film debut - the role of Lisa Kalitina in Andron Mikhalkov-Konchalovsky's film "The Noble Nest." (Two years later, the same director invited Kupchenko to the role of Sonya in the film adaptation of Uncle Vanya by A.P. Chekhov). Her Lisa Kalitina attracted general attention. Not a shadow of the "Turgenev" mannerism, only aristocratic simplicity, the nobility of the actions of a Russian woman. She was married to Nikolai Dvigubsky.

In 1970 she graduated from the Moscow Theater School. B. Schukin, and in 1971 she became an actress of the Academic Theater named after Evgeny Vakhtangov.

The heroines of Irina Kupchenko are always attracted by the amazing fullness and richness of their inner life, by their amazing ability to spiritualize every moment they let go.

The dramatic talent of the actress, her ability to create psychologically convincing images was clearly manifested in such films as “Romance of Lovers”, where she played Luda, “Foreign Letters” (the role of teacher Vera Ivanovna), “Strange Woman”.

The actress brought the greatest success to the main role in the melodrama "A Lonely Woman Wants to Meet", in which she, together with Alexander Zbruev, composed a memorable acting duet.

Irina Kupchenko starred in films of various genres - from historical-biographical to fantastic-fantastic, she successfully played with such different directors as Mark Zakharov and Igor Maslennikov, together with Oleg Yankovsky, Andrey Mironov, Vasily Livanov, Mikhail Ulyanov and many other great artists .

Irina Kupchenko was busy in the play of the Yevgeny Vakhtangov Academic Theater (the role of Alexandra, wife of Nicholas II, in the play by Valery Fokin “The Last Night of the Last Tsar” - one of the best theater roles of the 1996-1997 season), plays in the play of Peter Stein “Hamlet” - 1998.