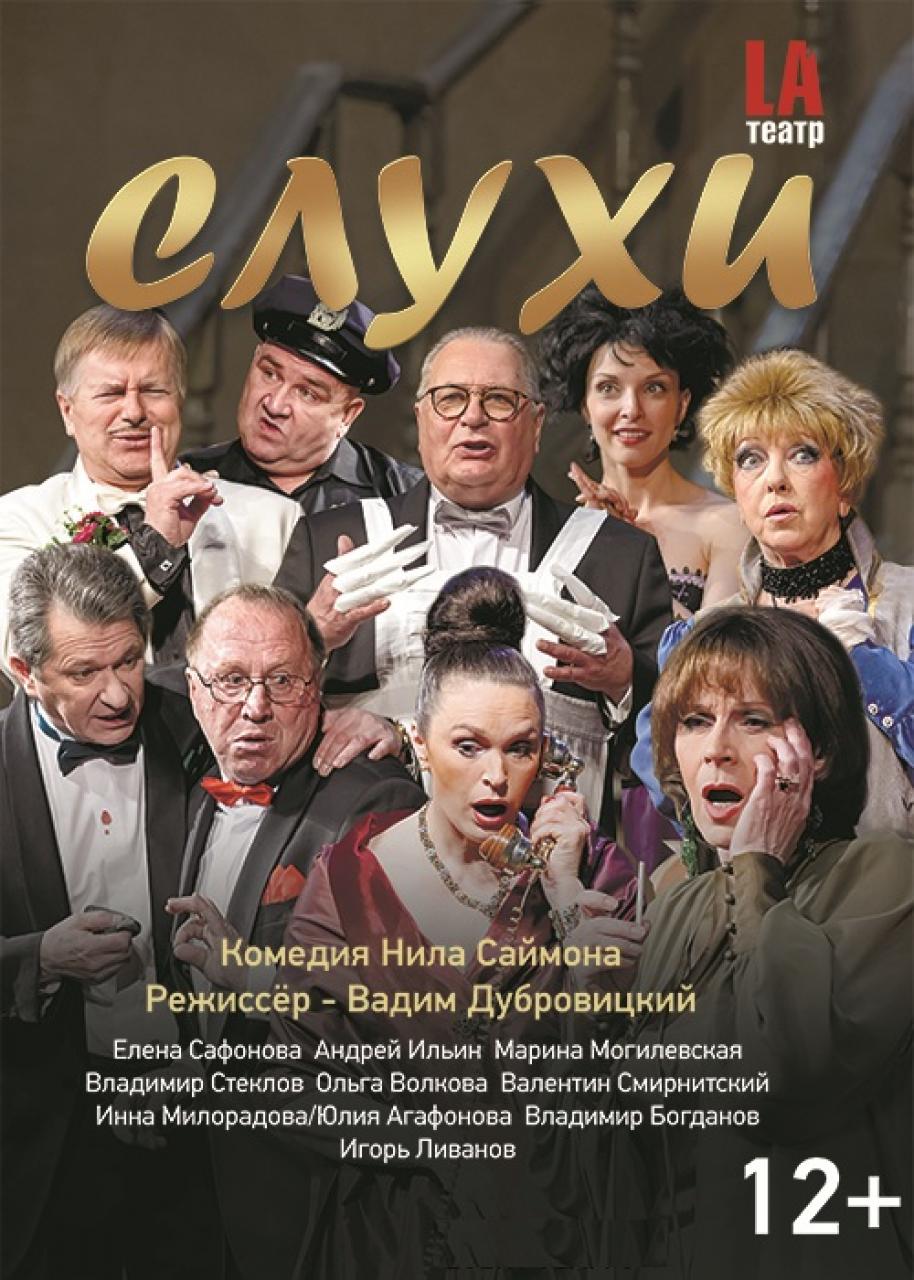 Enchanting comedy full of reprise and curiosities. In it, according to a popular recipe, the components of a spicy cocktail called “an exciting plot” are mixed: shooting and police, dancing and scandals, intrigues and secrets, politics and flirting. As if on a white sheet, against a light background of scenery, nine characteristic characters appear in dazzlingly bright costumes with the whole palette of human passions - from love to jealousy, from cowardice to recklessness.

Four couples gather for a social party. But the mysterious shots in the master’s bedroom echo, as if echoed by a series of incredible events and revelations ...

A classic weekend performance. Favorite actors, good humor and complete peace of mind. No negative emotions and discussions about the global problems of mankind. A great chance to remember that going to the theater is a holiday.