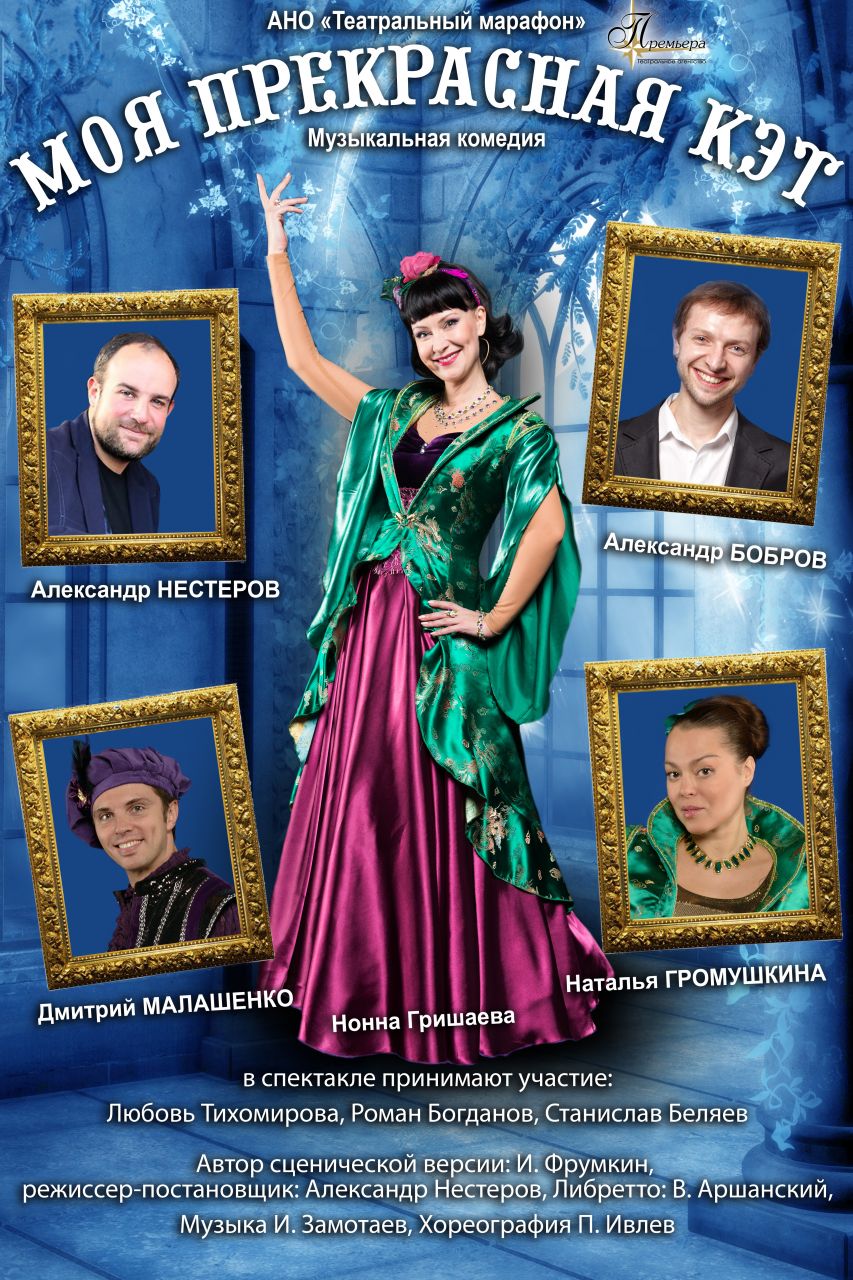 The performance was created based on two works - “The Taming of the Shrew” and the famous Broadway hit “Kiss me, Kat!”. The production is based on the principle of "performance in the performance"...

In the theater they are going to stage The Taming of the Shrew. The director plans that leading actors will play the main roles of Katarina and Petruchio. But the trouble is - the "star" couple recently divorced. It is worth them to see each other as they immediately begin to quarrel, but because this happens to everyone it is clear that love has not cooled down at all. It would seem that there is no turning back. Indeed, prima has a rich patron, and the hero has a young girlfriend from the province, whom he promises to make a "star" in spite of his former missus. True, the young actress has a secret lover - an actor of the same troupe. Passions boil on the stage and behind the scenes, but Shakespeare's great play will put everything in its place - truly couples in love reunite in the finale.

Composer I. Zamotaev wrote wonderful music for the play. Favorite actors will surprise and delight the viewer with their vocal and dancing abilities.