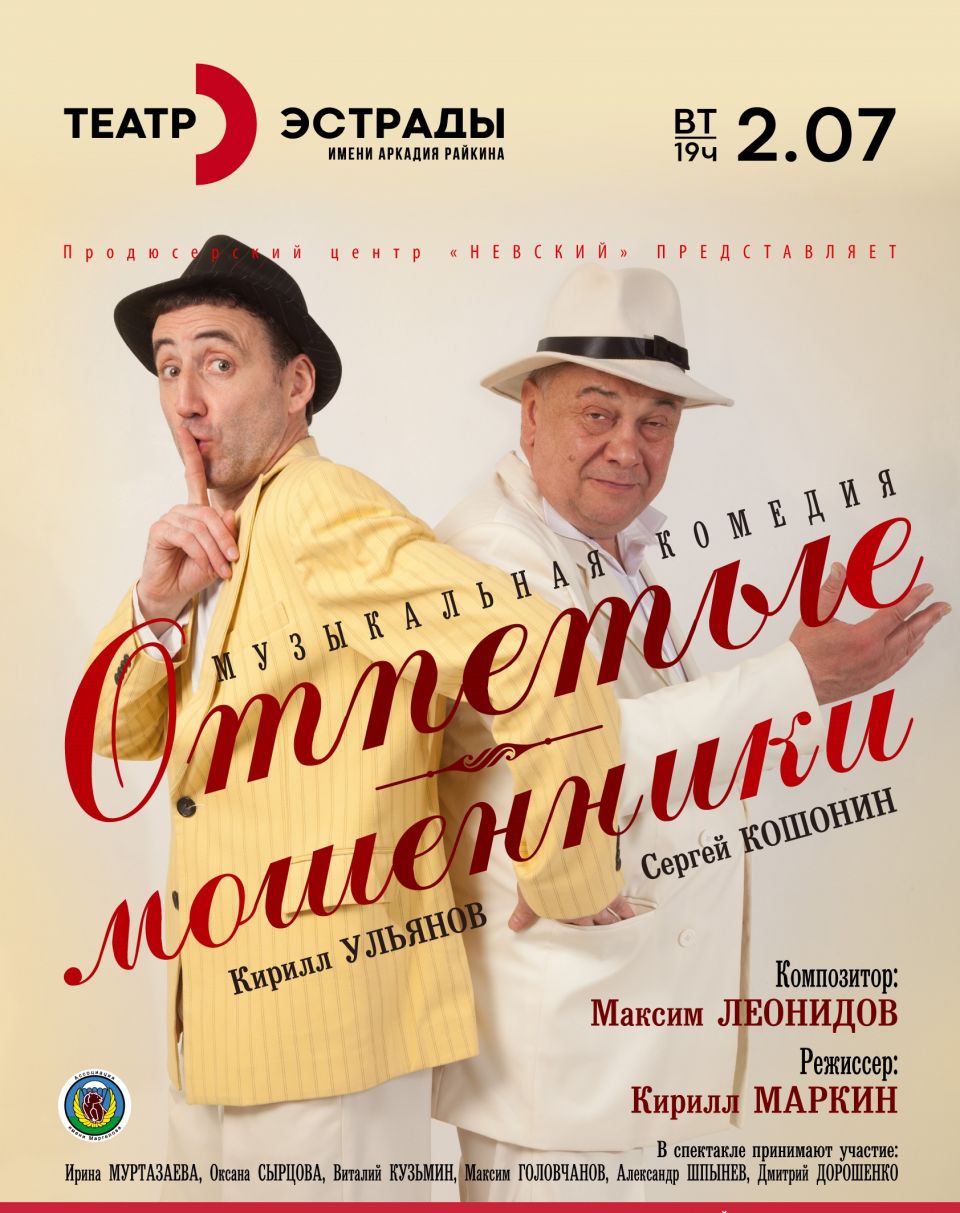 For every sage, it’s quite simplicity, and for every experienced scammer there’s always another sly person who not only guides you around your finger, but also makes you sincerely believe that this fraud is necessary. Well, if a woman intervenes in these intricate intricacies, then do wait for trouble.

The sea, the sun, wine and the exorbitant ambitions of the inhabitants of the Cote d'Azur are the breeding ground for metamorphoses that occur with two experienced and arrogant scammers from secular society, Lorens James and Freddie Benson, who decided to “trick” the pretty Russian young lady Anna Karenina, the heiress of a multi-million dollar fortune, comedy production center "Nevsky" "inveterate scammers."

A brilliant ensemble of actors, where the “first violins” are performed by Russian film stars Sergey Koshonin and Kirill Ulyanov, as well as the charming Irina Murtazaeva, intrigues the audience with a twisted plot, making them laugh and empathize with the characters throughout the entire action.