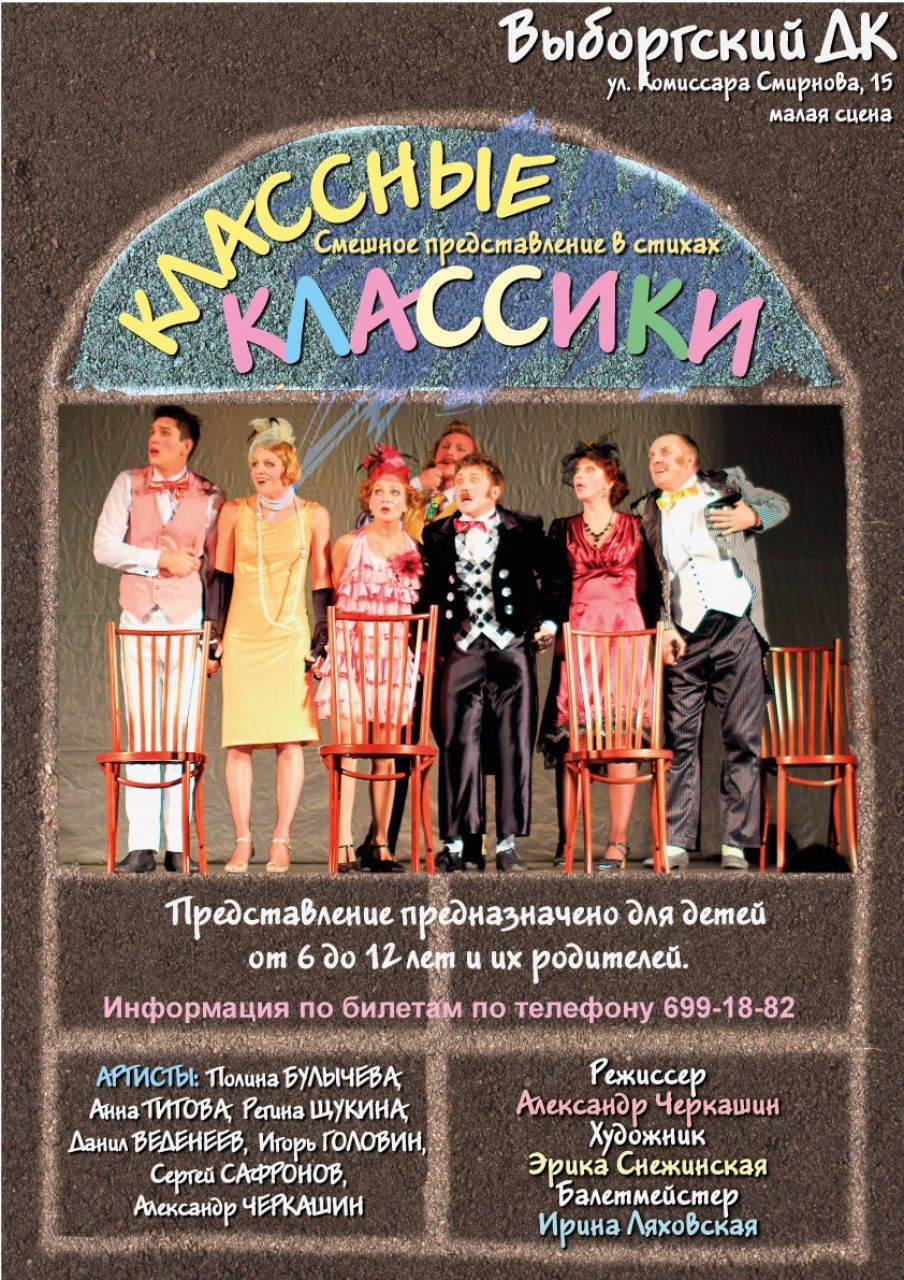 The ridiculous performance in the poems “Cool classics” combined fragments of the best works of classics of children's poetry.

This is a play for children and their parents, where, in a playful, memorable, vivid form, the Actors tell Stories invented by remarkable Authors - such as: Korney Chukovsky, Samuel Marshak, Agniya Barto, Sergey Mikhalkov, Boris Zakhoder, Grigory Oster, Lev Kvitko, Oleg Grigoryev and etc.

Poems are played by actors incredibly funny and modern. The heroes of the poems can rap or portray characters of famous blockbusters, but the new form only emphasizes the merits of the content. Looking at the scene, the children laugh heartily, without thinking that they are separated from the era of creation of works for many years. The most important thing that is invariably inherent in children's poetry - humor and kindness - cannot disappear after people and eras.

The goal of our poetry program is to give children unforgettable emotions and impressions, touch the creativity of the Classics of Children's Literature, Plunge into the World of poetic images, plunge headlong into the World of Childhood.

The performance takes us to the atmosphere of the beginning of the 20th century. Refined costumes and dresses, ragtime and shots from the best silent movie films give the production a special charm and charm.

“Cool classics” are the 25 best poems for children, these are outstanding authors of Russian and Soviet literature.