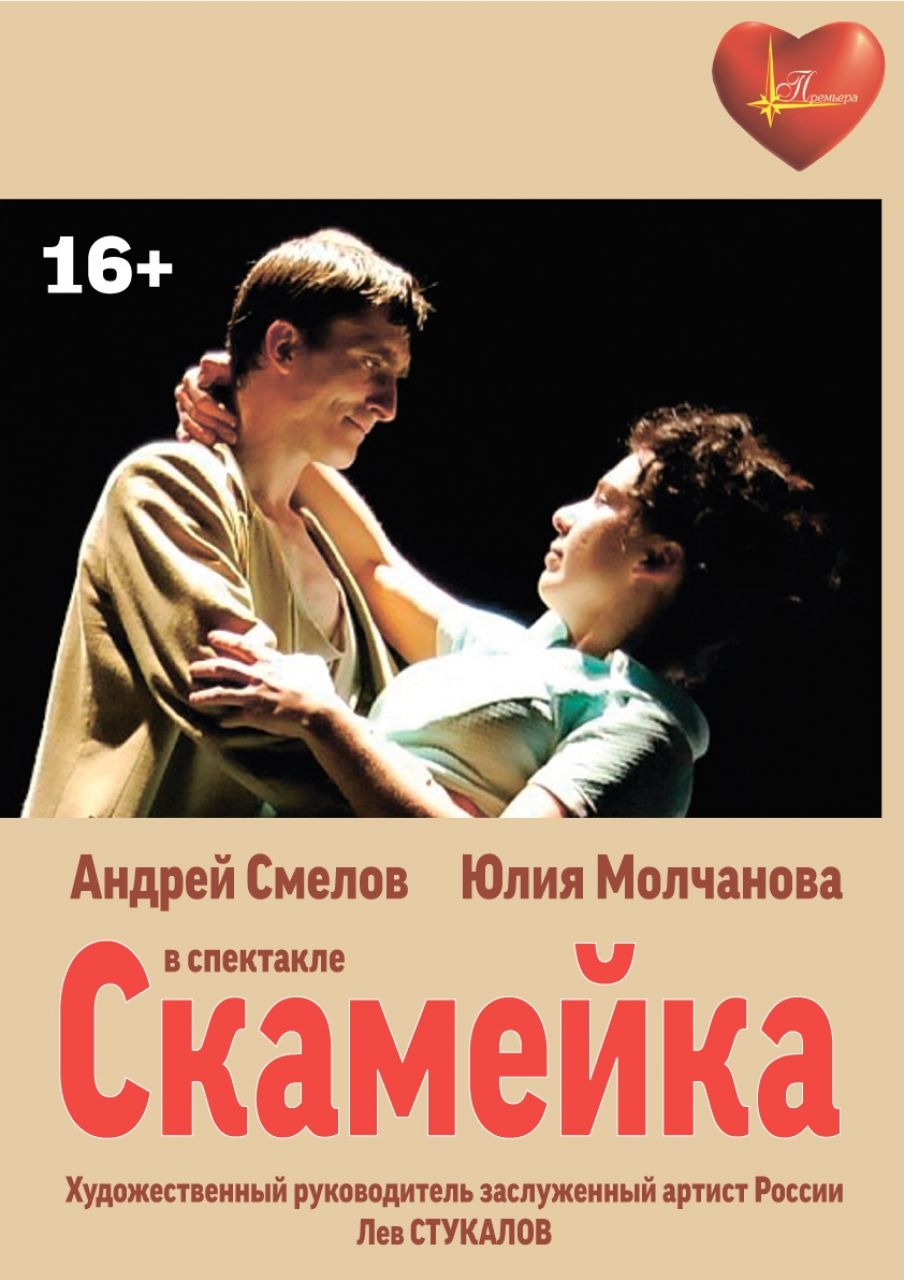 "OUR theater", under the direction of the Honored Artist of Russia Lev Stukalov.

A play about love.

They meet on the bench in the park: He is a fan of flirting, and She is tired of being alone. But, it turns out, they already met on the same bench a year ago! The inexhaustible talent of the director Lev Stukalov turned a banal story into soulful, poetic, humane, sad and funny.

Spectators will be conquered by the sincere and subtle game of Yulia Molchanova! They will love the Casanova, masterfully created by Andrei Smelov. Together with the characters of the play they will enjoy their favorite tunes of the 80s, cry and laugh, unwittingly trying on the history of their romance on themselves. And every spectator takes a piece of HAPPINESS in his soul!