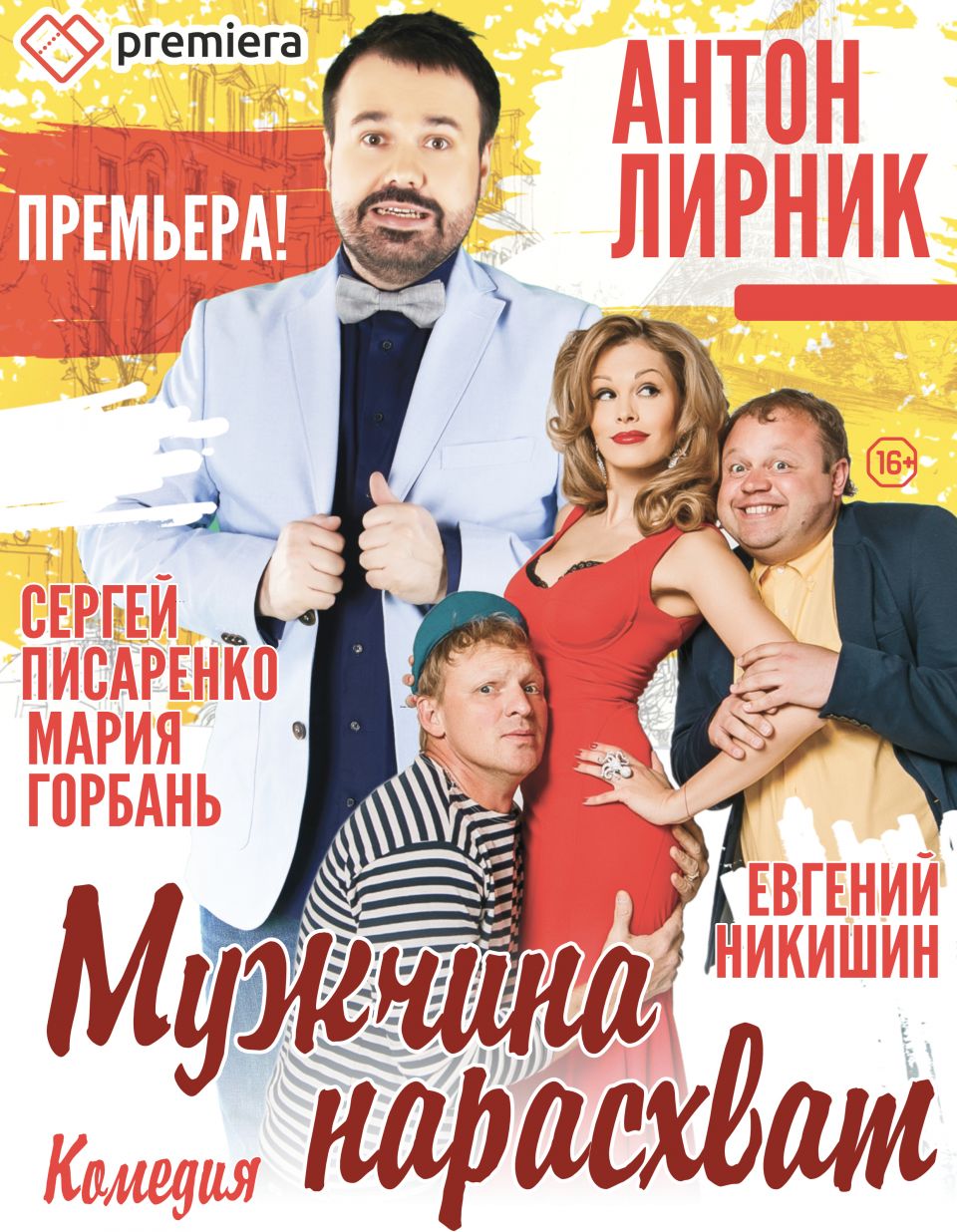 Sometimes a simple lyrical comedy is exactly what you need in order to cheer up and get rid of bad thoughts. The play “A Man Like Hot Cakes” is a great way to look at the relations of men and women from the side and laugh at situations that could well have happened in reality. What happens on the stage will at the same time resemble a vivid parody, and all that we encounter every day. Favorite comedians will turn the show into an unforgettable colorful show, which will abound with bright jokes and pantomimes.

The protagonist of the comedy performance “A Man Like Hot Cakes” is a spectacular girl named Polina. She, like many fatal beauties, dreamed of meeting the prince on a white horse, so that she would live her life with her chosen one carefree. An important factor for her when choosing a partner is his financial security. And then came the moment when her dreams began to come true. She met a man who fits her in every way. He invites her to fly to France, which the happy bride immediately agrees to. It is only there that it turns out that her betrothed is already married.

History is as old as the world. The offended girl decides to take revenge on the deceiver by all means and makes an attempt to tell his wife about everything. This step turns the usual course of life of the main characters and ultimately leads to completely unexpected consequences. Famous artists will share sparkling humor in comic situations with the audience: the star of the series "Kitchen" and "Doctor Tyrsa" Maria Gorban, half of the Duet named after Chekhov Anton Lirnik, well-known KVN workers from the "Uyezd City" Sergei Pisarenko, Eugene Nikishin.