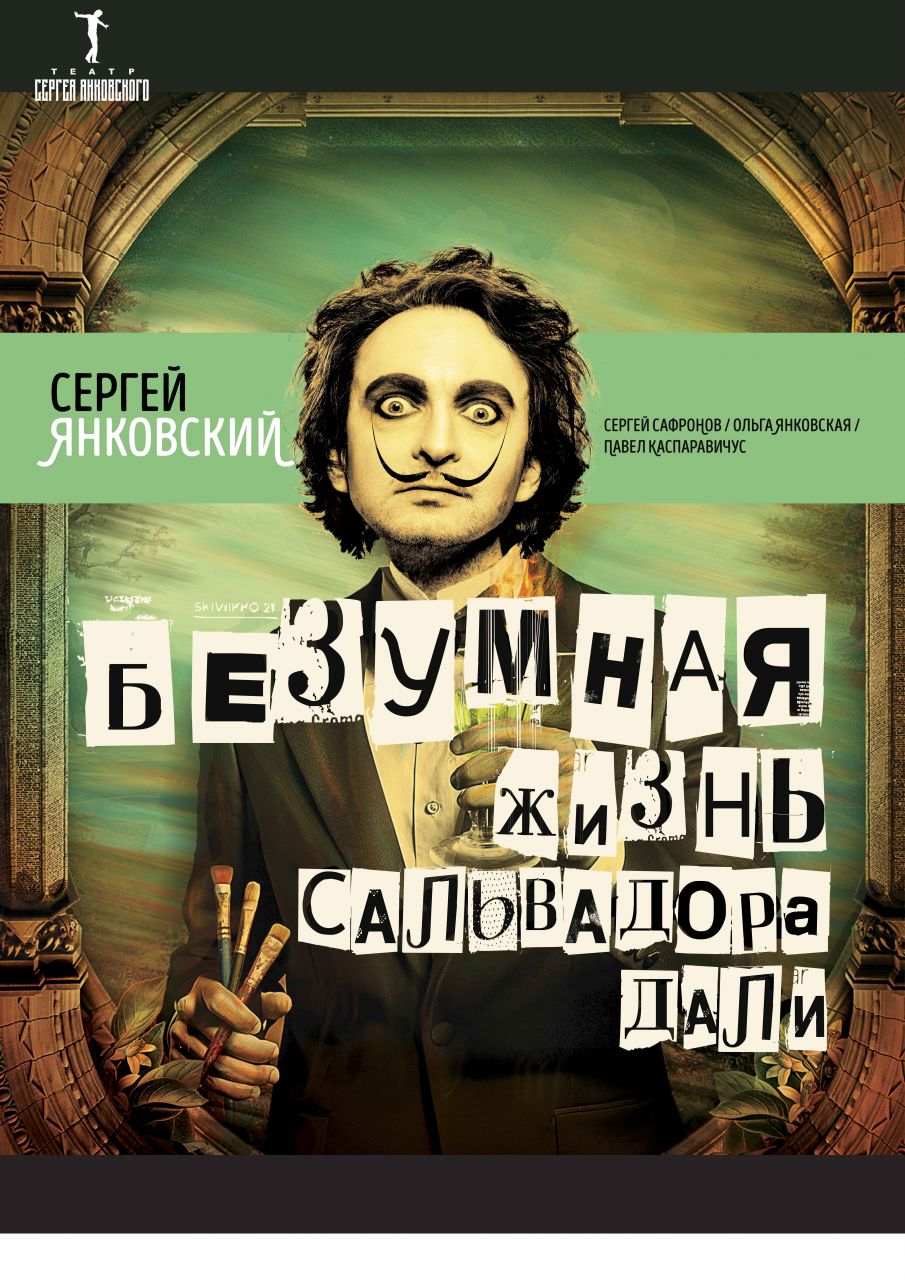 The crazy life of Salvador Dali

A dramatic fantasy play based on the play by Sergey Yankovsky.

"Crazy Life of Salvador Dali" is a biographical performance-fantasy about the life and work of an outstanding artist of the 20th century, Salvador Dali. This is the story of the all-consuming love of a recognized Master for his muse-city, Gale Eluard, which for many years inspired the artist, filling his life and his work with meaning. The viewer unfolds the pictures of the formation of Dali as a person and as an artist, his attempts to find himself, to find his own style of creativity, to know the depths of the subconscious, without falling into madness. The eccentricity of the main character and the extravagance of his actions are emphasized by sparkling humor, interesting directorial finds, and the dynamism of the action and the mixing of various genres of theatrical art will not leave anyone indifferent. Viewers will see a huge elephant on stilts, a giant stone will fly straight into the hall, along the rope-ladder-net, Dali and Eluard will climb up to the very ceiling, the dervish will soar in the air, the diver will sink into the depths of the subconscious.

The ease of presentation and stunning scenography make this performance interesting even for those viewers who are not experts in the work of the great Genius! “The Mad Life of Salvador Dali” is an unusual performance, in spirit it is close to surrealism, in which Salvador Dali himself created.

Only three actors are engaged in the play, but a story with ten characters is played out on the stage, including characters from paintings, historical figures and images generated by Dali's subconscious.

The main role is played by the St. Petersburg actor Sergei Yankovsky, widely known to the public due to his participation in the performances: “Leap to freedom. The story of Rudolf Nureyev ”,“ I am a clown of God. Vaclav Nizhinsky "," Through the eyes of a clown. " For playing the role of Rudolf Nureyev, the actor was awarded a special prize of the Amur Autumn festival.

“I am a clown! Because a clown is much more interesting to the public than an artist! ”- this expression of Dali himself set the tone for the performance, inspiring its creators to the most daring and extravagant decisions, such as, for example, mixing genres of clownery, drama theater, pantomime and illusion . Like the personality of the artist, the play is very diverse and multifaceted, it has both humor and tragedy. The most famous and controversial artist of the 20th century, who gained recognition during his lifetime, was under the power of money, which Gala could not stand and left Dali - this is the culmination scene in the play.