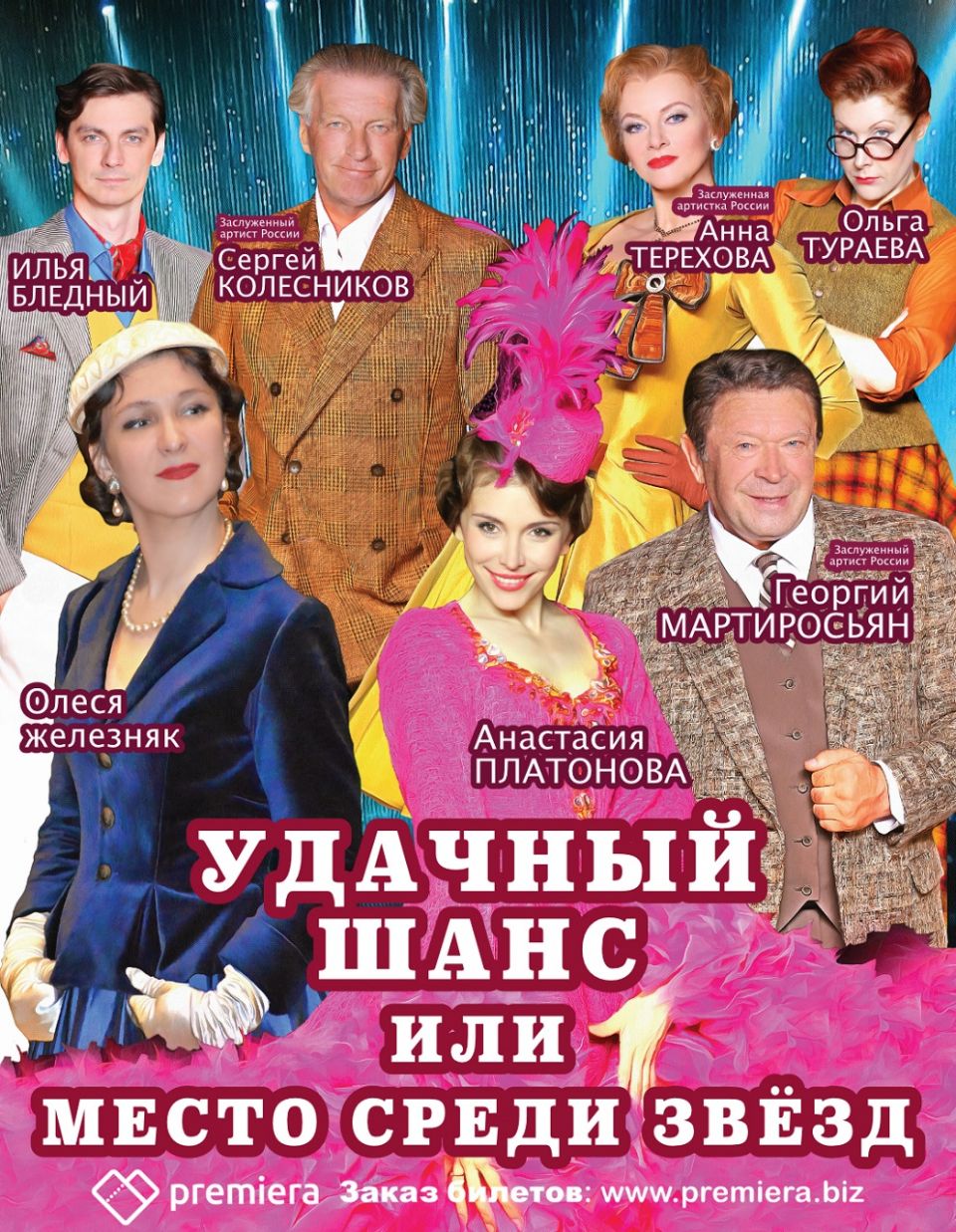 A good chance or place among the stars

A comedy in 2 acts, based on the play by Mary ORR "All About Eve."

The play tells how in the most severe conditions of the world, where everyone fights for a “place in the sun” as he can and how his conscience and heart allow him, a young talented girl, using any methods to achieve her goal, stepping over all the principles of human and moral relations, from an unknown novice actress turns into a Broadway star.

The theme of the play is modern and instructive even in our difficult time, a time when every person, especially young, choosing his own life path, decides what is more important to him in life and what he can sacrifice for the sake of his position in society, fame, success and money ... Ready for the sake of this, he should sacrifice his soul, or he is not ready to break his soul and the uniqueness given by God, which will sooner or later be claimed by society.