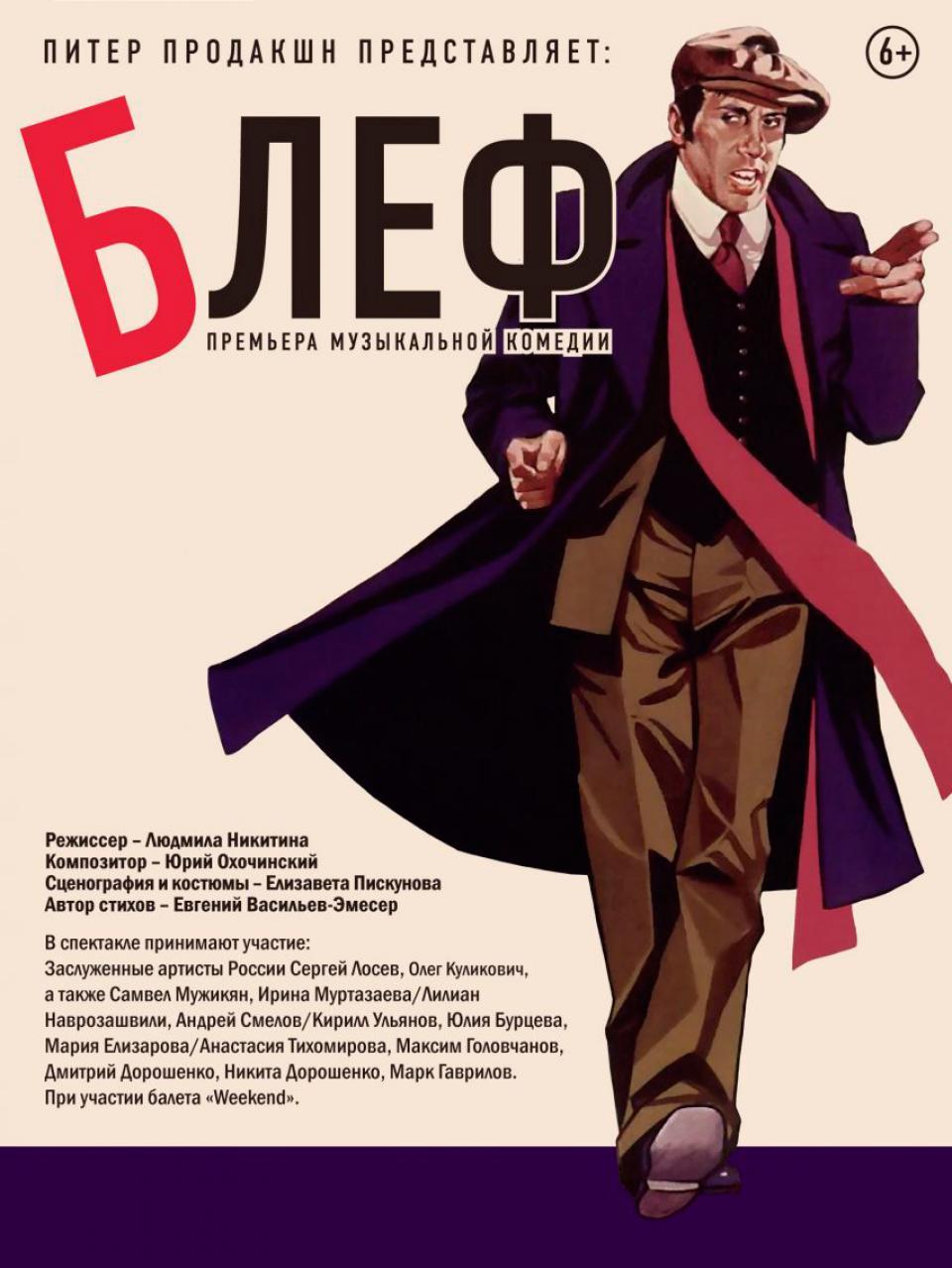 How many of us do not remember the magnificent film “Bluff” of the mid-seventies with the ingenious Adriano Celentano? Yes, yes, our performance of the same name is about that wonderful and romantic time of the early 30s, which Adriano Celentano, Anthony Quinn and the incomparable Cappuccino embodied on the screen so brightly and incredibly ridiculously.

The magnificent cast of artists, led by the rarest performer and vocalist of a romantic trend in modern pop music, Yuri Okhochinsky, charming Liliana Navrozashvili, Anna Nikolaevskaya, insanely funny Andrei Smelov, Sergey Losev, Margarita Bychkova, will show their musical history “Bluff” within two hours. And believe me, all this time you will not remember the film, because our production will overshadow the past idea of ​​bluffing.

Two scammers, experience and youth, intelligence and recklessness, calculation and pressure to face in the fight for the winner’s prize - the title of king of scammers. The path to the top is difficult and thorny, and on the way to it our heroes are waiting for a struggle and serious passions. The aerobatics of a fraudster is to believe in your bluff yourself, and the heroes of the musical comedy "Bluff" will go this way with songs, dances, confidently and fantastically funny.