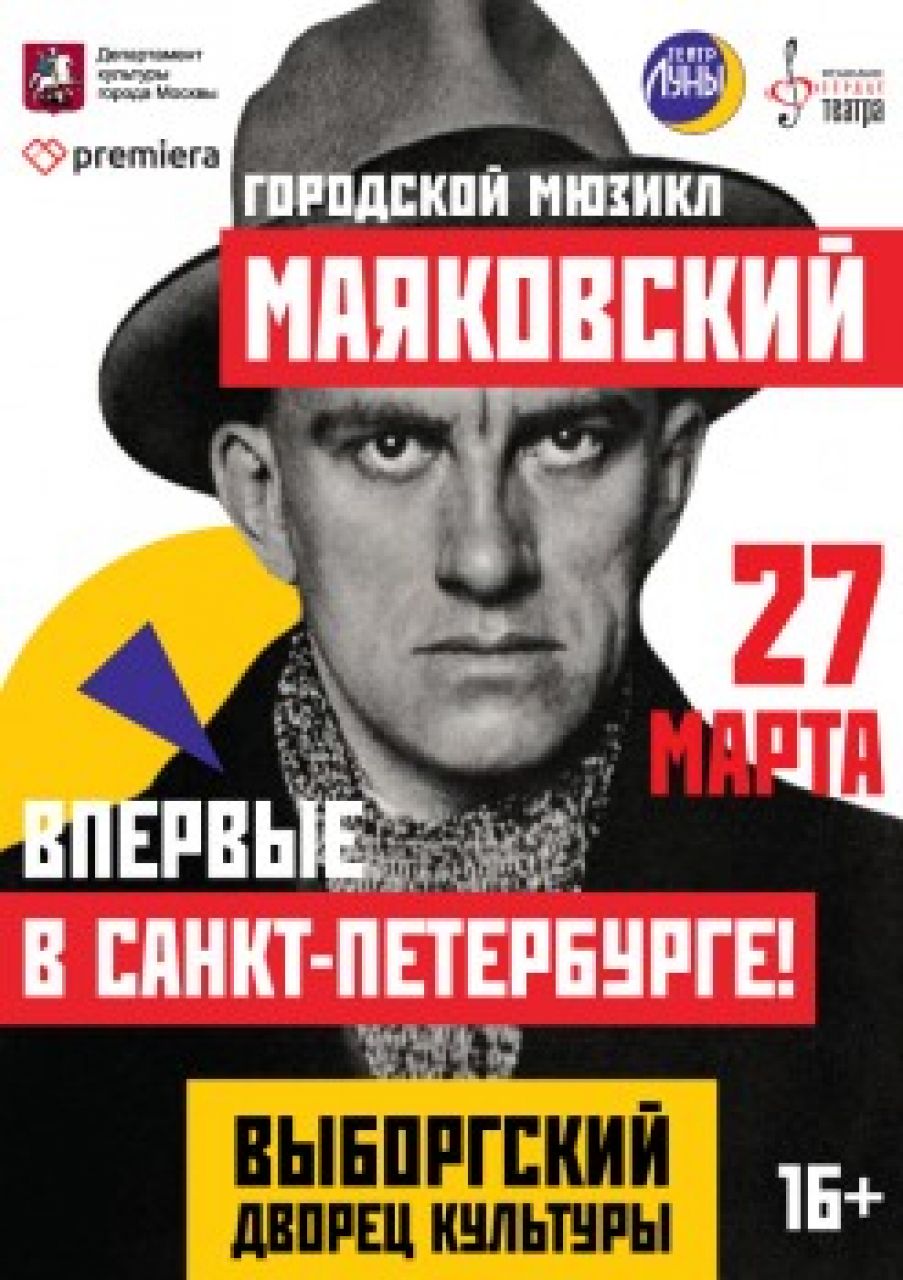 Tours of the Moscow "Theater of the Moon" under the direction of Sergei Prokhanov, People's Artist of Russia.

Musical and dramatic performance, which was based on the poems of Vladimir Mayakovsky. This is a story about a poet who did not accept all the established, recognized, but eventually became a classic. The story of a man who created a new world, but did not find a place in it for himself. Great love, friendship and betrayal, disappointments and dreams - all this is swiftly sweeping to the alarming accompaniment of the twentieth century.

From the first seconds, the musical begins to keep the audience in suspense. Pictures change, boys and girls march with an iron stream, movement, the noise of revolutionary slogans and ... The darkness from which comes out something terrible, demonic.

The light ... and He appears on the scene - rebel Vladimir Mayakovsky. Born of the elements, he rejects luxury, creates a new world, but he himself does not find a place in it. Love, dreams, hopes, friends, enemies - everything collapses.

Together with Mayakovsky, viewers experience the drama of the whole country and a whole generation left at a crossroads. What is the outcome? Show history, says the play.

The project was implemented in collaboration with the ANO "Musical Heart of the Theater" with the participation of the grant "Open Stage" from the Department of Culture of Moscow.