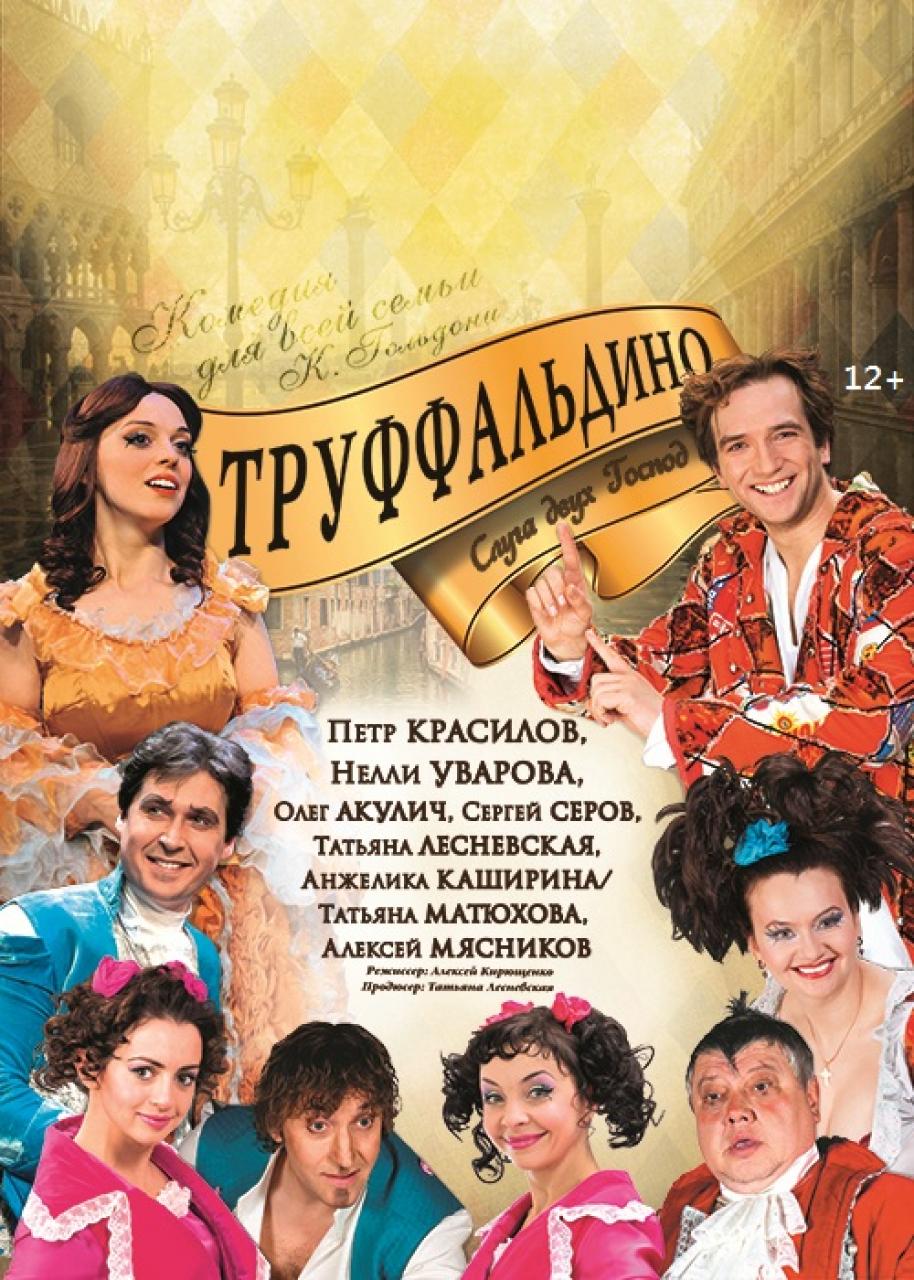 Duration: 2 hours 30 minutes with one intermission

The noble merchant Pantalone, upon learning of the death of his daughter Clarice's groom, whom neither he nor his daughter had ever seen, is going to give her in marriage to the young and ardent Silvio. However, “the bridegroom from the next world” intervenes in their plans, which is announced at the most inopportune moment and claims rights to his bride. Who is this gentleman and why does he want to prevent the happiness of lovers? Only he knows the answers - the clever and clever Truffaldino, who has to unravel the tangle of the most intricate intrigues and situations. This brilliant Venetian carnival, built on misunderstandings, draws the viewer into the popular genre of comedy del arte, created based on the play by Carlo Goldoni “The Servant of Two Masters”.

Director Alexei Kiryushchenko offers viewers an unexpected version of the comedy - a production in the best traditions of television sitcoms with the participation of the most popular Russian actors.

This production is filled with numerous oddities, intrigues, tense situations, why it looks in one breath, and the viewer does not get tired of a constant smile. In addition, an interesting musical design solution was found in the performance, where the music of Mozart, Gluck and French composers of the 20th century is used in the most unexpected moments.