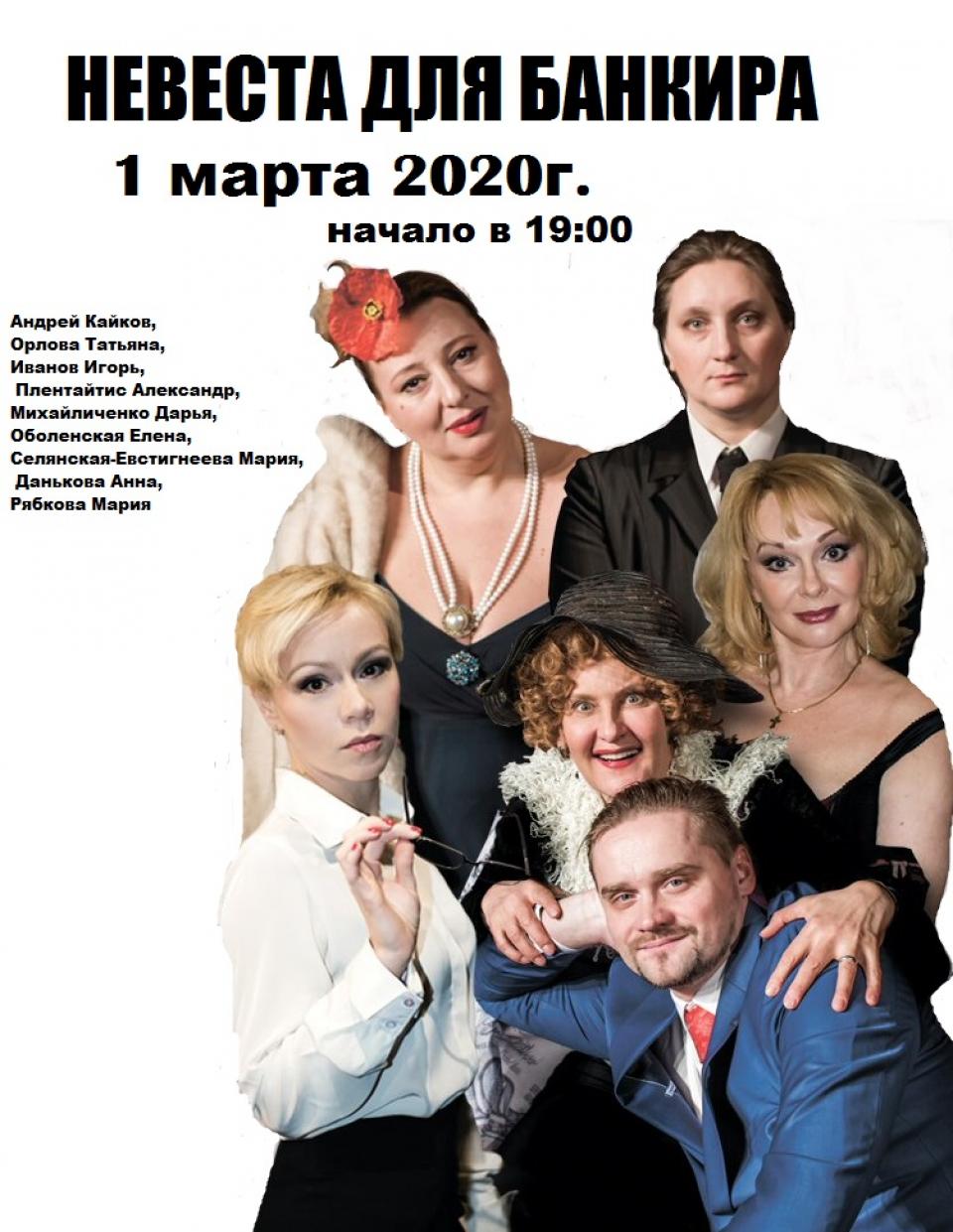 Bride for the banker

Well, what mother do I not dream of a happy marriage for my own beloved son? And even if we are talking about an over-age child, mother will never miss a chance to “help” him settle down and get a life partner. But what if the son is not just a son, but also a successful businessman?
Yes, for such a man, lovers of wasting other people's money will fly off even faster than flies for honey. And who, if not mom, will save her son from disappointment and help him find not just a wife, but a wife with a capital letter. Such that the capitals of the husband’s husband didn’t squander and managed to cook at least six dishes from one chicken. In a word, there is only one way out for mom - to tackle the problem professionally and ... open a marriage agency.
The play “The Bride for the Banker” is a sparkling variation on the eternal theme of fathers and children, as well as an implacable confrontation between the mother-in-law and the daughter-in-law, seasoned with funny jokes about Russian realities, as they say, to the anger of the day. This play certainly will not leave anyone indifferent. And you can buy theater tickets for the “Bride For Banker” directly on the website of our agency.