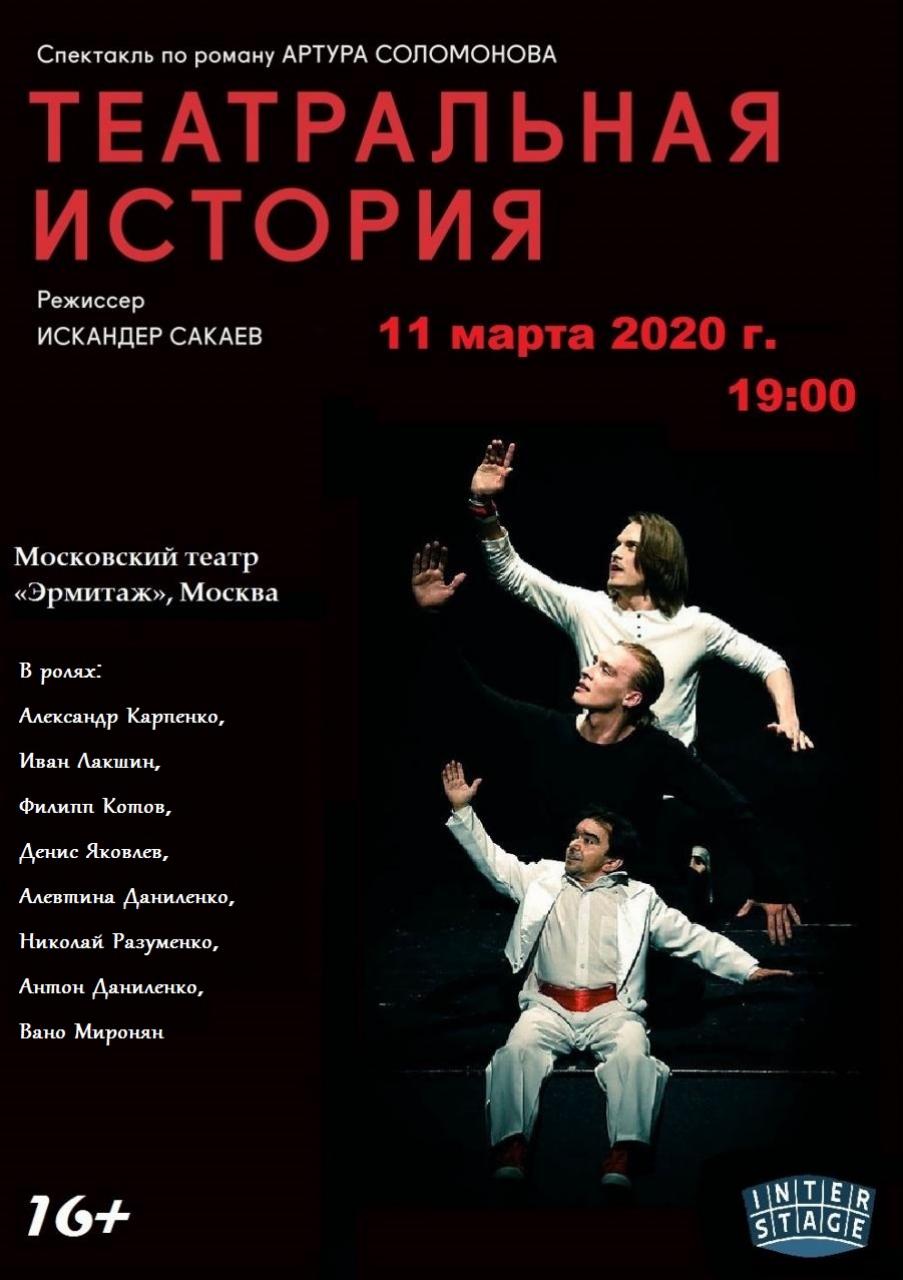 The play “Theatrical History” based on the novel of the same name by Arthur Solomonov is nothing but inspired hooliganism. This is the story of the relationship between man and theater, the relationship between people through the prism of theatrical life. The basis of the performance is a vivid, controversial, exciting love story. Intergenre production is at the junction of drama, detective and comedy. After all, theatrical life itself is unpredictable. The performance is full of love and irony - to the theater, actors and to life itself, since the theater is presented here as a model of modern society. Therefore, in the play, as in the novel, one of the most pressing conflicts of today is touched: religion and culture.