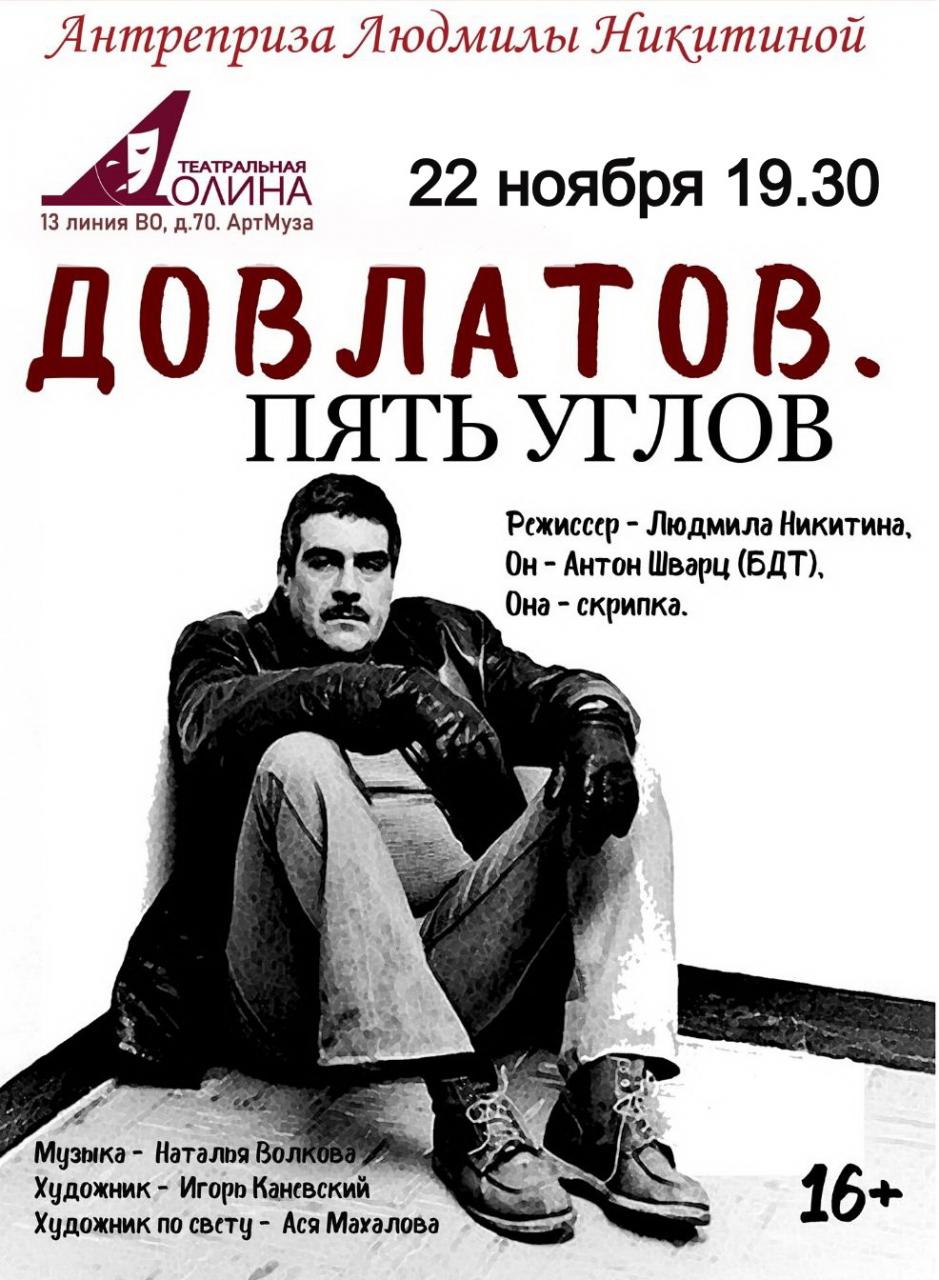 Performance " Dovlatov. Five corners " is an attempt to reflect the time and its characters based on stories, poems, radio broadcasts, letters...
"Five corners" is the name of an unpublished novel and at the same time the place where the writer lived in Leningrad during the period of his literary formation - a city to return to which became an unattainable dream of Dovlatov in exile.
The play uses Sergey Dovlatov's letters from the earliest (army) to the last (written in new York), poems, and three stories from the series "Suitcase" and "Nashi". Dovlatov's voice also sounds .