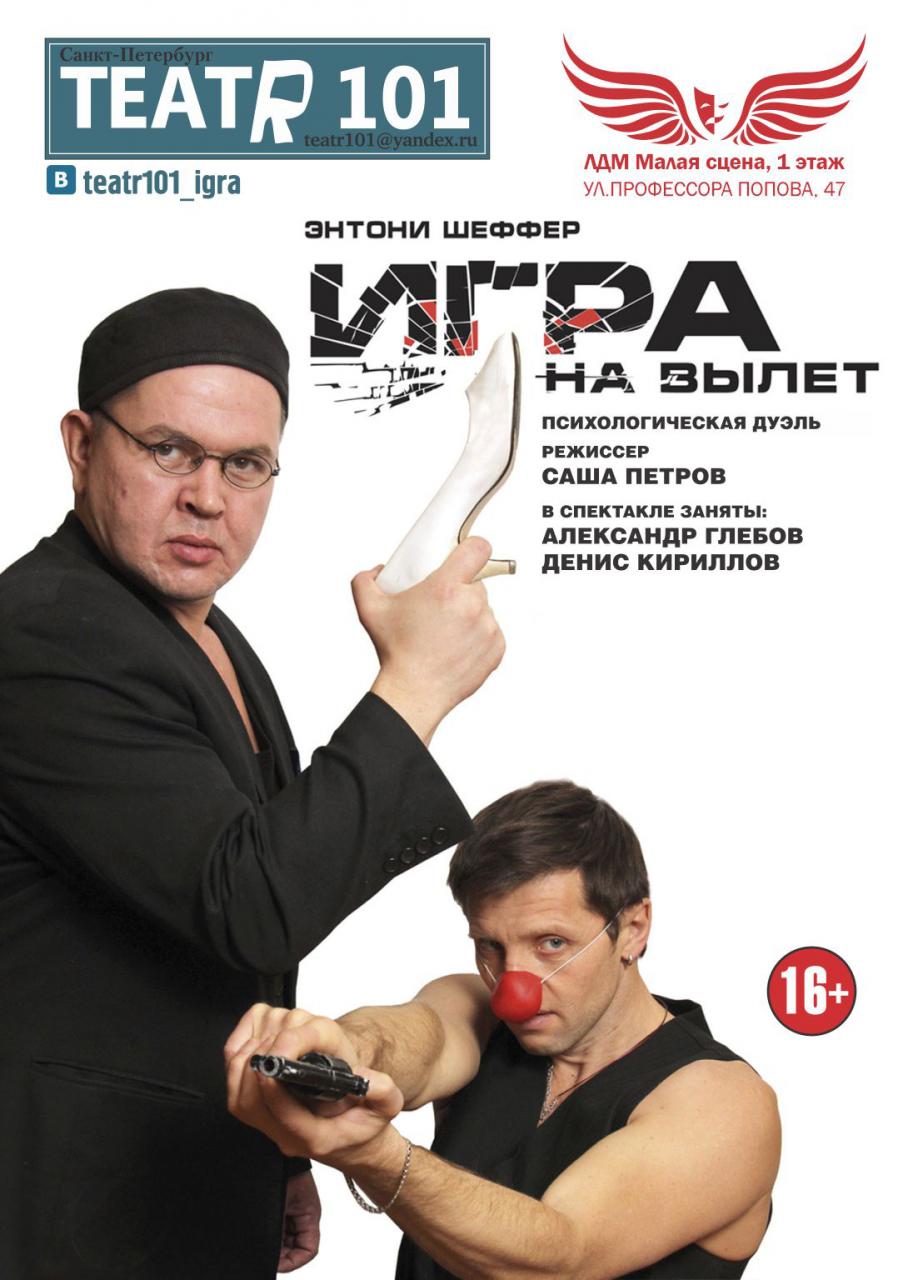 Tragicomedy based on the play by E. Schaeffer "THE GAME»

The young St. Petersburg THEATER 101 presents a performance directed by Sasha Petrov, who is known for his productions at theater venues in Germany and Switzerland, which have received recognition from the Western European audience.
E. Schaeffer's play "THE GAME" is not very familiar to the St. Petersburg audience. At first glance, the plot of the play may seem banal to the viewer: a deceived, but wealthy, husband and a young, but unemployed, lover… The husband makes an appointment with his wife's lover in order to take revenge for his wounded ego. Or maybe for another purpose? The audience will be able to get an unexpected answer to this question only at the end of an exciting performance.
St. Petersburg actor Alexander Glebov, a graduate of the Russian Academy of Sciences (GITIS), the course of Professor G. B. Drozdov 1999, in addition to many acting works in the theater "Shelter of the Comedian", is known for the TV series " COP WARS "and" COAST GUARD", where he played the main roles. Since 2004, A. Glebov has been a teacher of stage movement at the Theater Faculty of St. Petersburg State University, which in the play allowed him to easily master the plasticity of his character – a young and dashing lover.
Actor Denis Kirillov, a graduate of LGITMiK, the course of D. Astrakhan 1996 is well known to the Russian audience for his work in the cinema ("ROADBLOCK", "MOLE", "BOOMER-2", etc.) and the theater "Shelter of the Comedian", where he easily performed the roles of brutal men "without fear and reproach". In the play, the actor will organically appear before the audience in the image of a neurotic, eccentric writer, "armed" with glasses and the manuscript of a new novel.
Director Sasha Petrov about the play: "The action of the play unfolds as a detective mystery and as a mystery. But this is not the kind of detective story where a solved murder relieves the general tension, and the norms of morality are restored. It's the opposite here. Each solution only multiplies doubts and creates new, unsolvable questions."