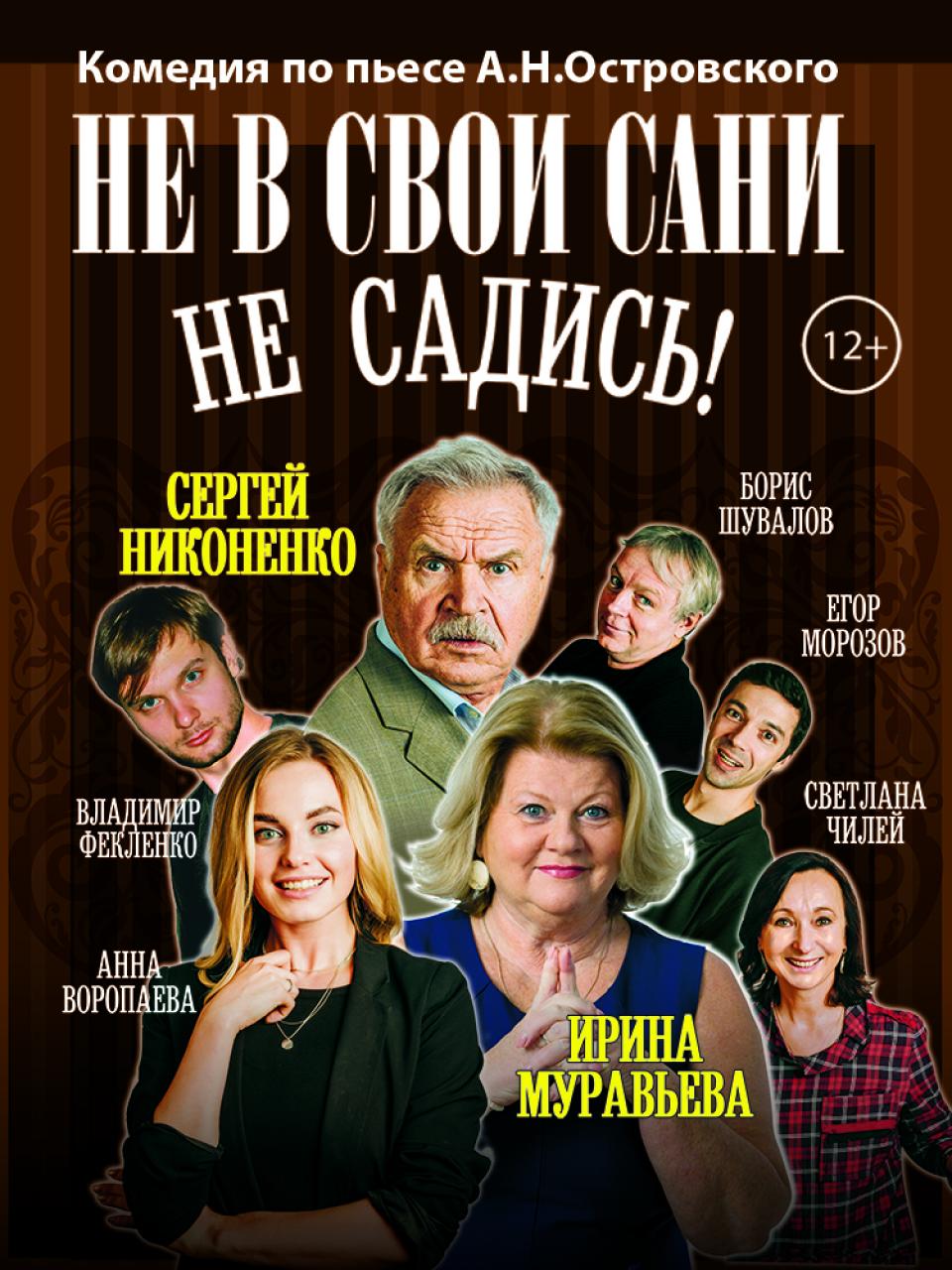 DON'T GET IN YOUR SLEIGH

Duration: 2 hours 15 minutes with one intermission

The production company "AMETHYST" presents a
sparkling comedy based on the play by A. N. Ostrovsky
DON'T GET IN YOUR SLEIGH!
A unique performance by the bright director of modernity Roman
Samgin (a favorite student of MARK ZAKHAROV)
and the beautiful set designer Olga Shagalina
brings a real sense of celebration,
in which there is no place for despair,
but only love, honesty and justice!
The performance has a lot of music, songs, movement and plasticity,
positive mood and romance of romances
performed by a brilliant cast.
You will plunge into the wonderful world of the poetics of the language of
the Russian classical performance of the play by A for a little more than two hours. Ostrovsky.
People's Artists of Russia
IRINA MURAVYOVA and SERGEY NIKONENKO,
Honored Artist of Russia Boris SHUVALOV,
brilliant youth -
actor of the Yermolova Theater Sergey KEMPO/
actor of the Stanislavsky Moscow Theater Vladimir FEKLENKO/
actor of the Moscow Theater named after M. N. Yermolova Grigory YUZHAKOV,
actresses of the Theater of Nations ANNA VOROPAEVA/
actresses Polina KUTSENKO
and Svetlana CHILEY,
actor of the Modern Play Theater EGOR MOROZOV/
LENKOM Theater Actor Dmitry GIZBRECHT
THEY WILL GIVE YOU A WONDERFUL MOOD, a
sea of bright emotions!