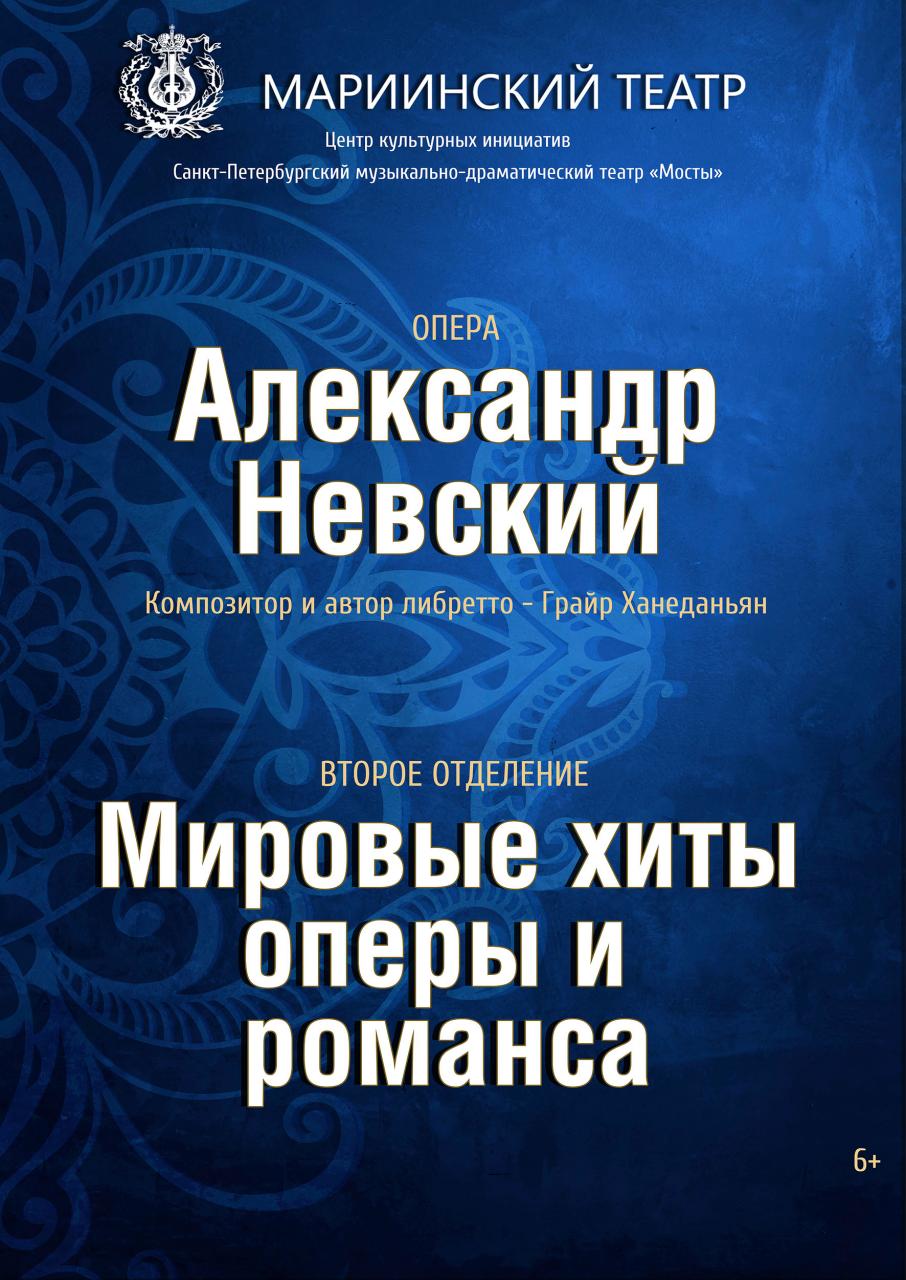 The performance of the opera is timed to the 800th anniversary of the birth of the Grand Duke, commander, St. Alexander Nevsky.

The opera tells about the achievements of the prince and his associates, and also sings of the nobility of spirit, devotion to his people and faith in eternal values.

The musical work of the contemporary composer Hrayr Khanedanyan will be performed by soloists of the Mariinsky Theater, with the support of the Center for Cultural Initiatives and with the participation of young actors of the St. Petersburg Musical Drama Theater "Bridges".

Hrayr Hrayrovich Hanedanyan is a Soviet and Russian composer who wrote a number of opera masterpieces and rediscovered for the modern musical world a multifaceted genre called "spiritual opera". According to the composer himself, Alexander Nevsky was one of the significant figures of his time, and the opera dedicated to this great man became his best creation and the apotheosis of all his creative research at the moment.