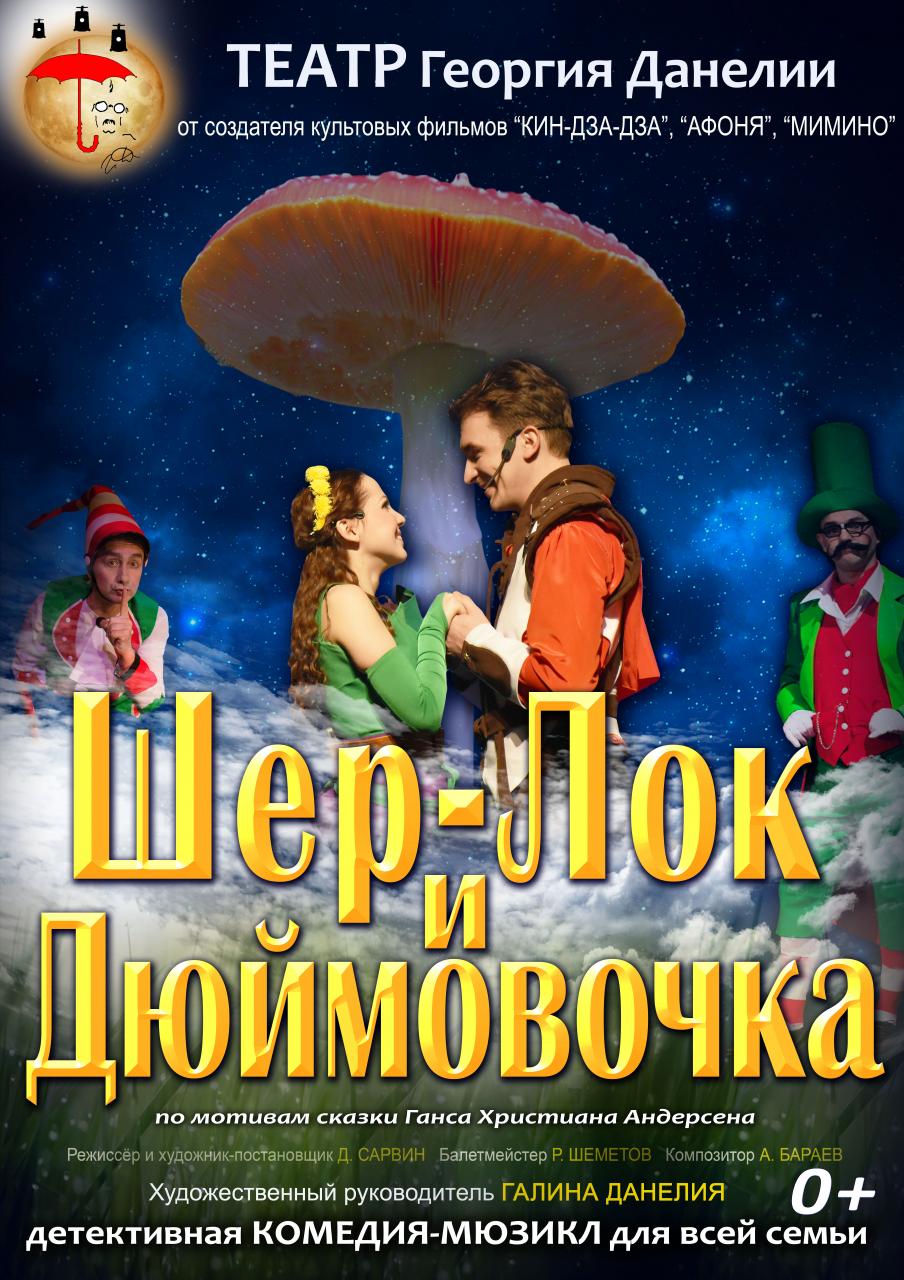 Legendary director and scriptwriter Georgy Danelia was familiar to adult audiences from his cult films: “I walk around Moscow”, “Gentlemen of Fortune”, “Afonya”, “Mimino”, “Autumn Marathon”, “Kin-dza-dza!”. They received their status thanks to the depth and subtle satire, but the tapes are designed only for an adult audience. And in the Theater of George Danelia, other performances are staged: they also have fantasy, humor and mischief, and many more adventures, fun and music. One of such productions is the comedy-musical "Sher-Lok and Thumbelina", in which Andersen's old fairy tale becomes almost a detective story, dynamic, funny and filled with modern details.

The action takes place in a fairy-tale Kingdom where a tiny girl, Thumbelina, lives. Once Mother discovers her disappearance - she is in despair, because with such a baby, misfortune can easily happen. But in search of the crumbs, the heroes volunteered to help - "Miniature Detective Agency", in which detectives Cher and Lock work. Throughout the performance, they will follow on the heels of the missing Thumbelina - to the Toad, who dreamed of marrying her son, then to the showman beetles who conceived a grandiose production, and then to the calculating Mouse and the wealthy Mole. And all this is accompanied by beautiful songs performed by artists live.

The girls' side of the auditorium will especially like the touching ending of the play (yes, there will be the Prince of the Elves), and the boys - the nimble Cher and Locke, helpless policemen, and all together - the interactive scenes of the play.

Adult viewers will see their story: a funny, recognizable parody of our modern life. The directors of the musical managed to put two stories in one performance that run simultaneously: one for children, the second for adults.

In short, everyone should come - both children and adults.

During the performance, 1 hour 10 minutes, no one will have time to get bored, we invite guests of any age.