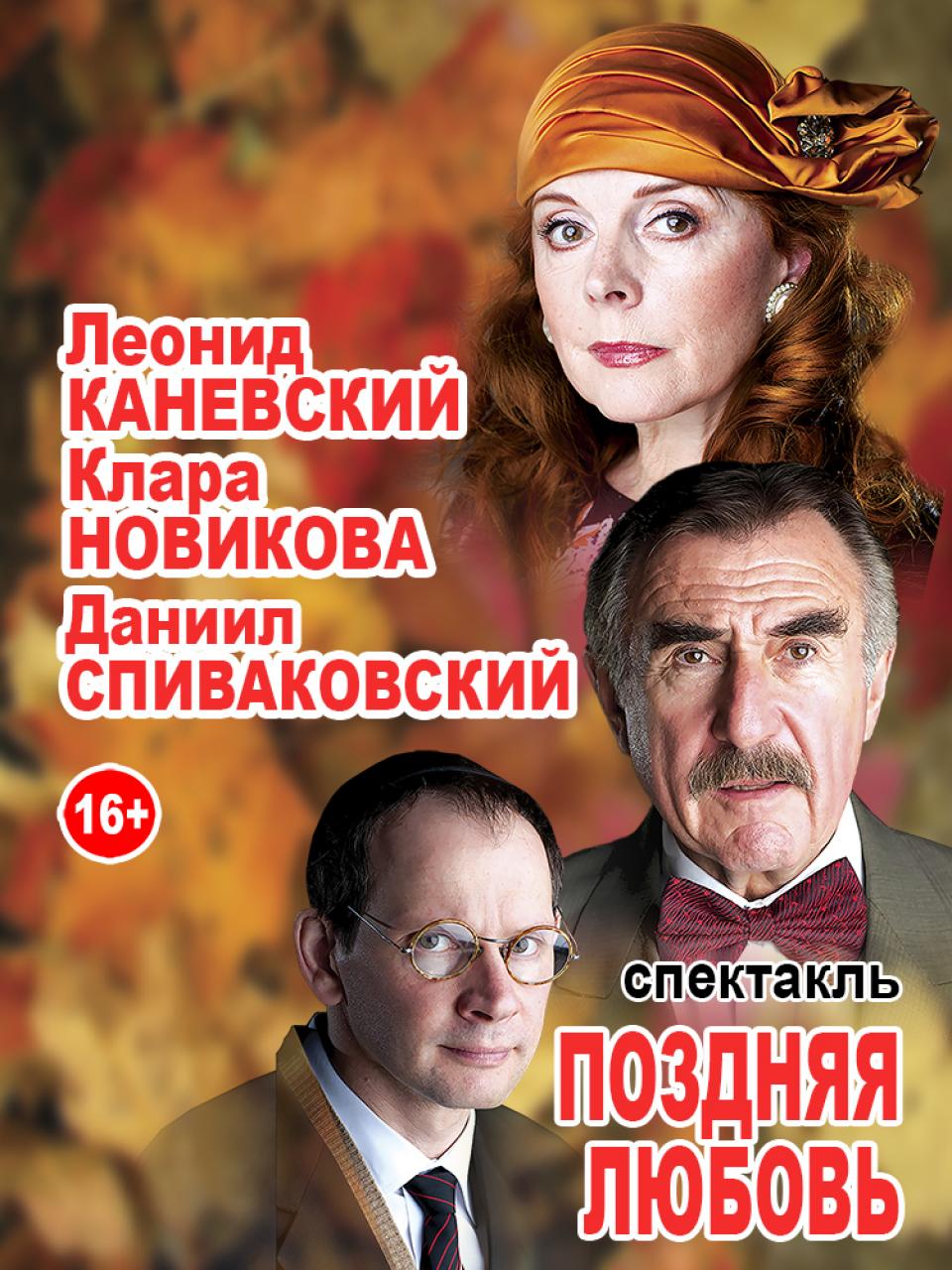 The Amethyst Production Company (Moscow)
together with the Gesher Theater (Israel, Tel Aviv)
presents an international theater project
"Late love".
The play by Valery Mukharyamov based on the story of the Nobel Prize winner
I. Bashevis-Singer "In the shadow of the vineyard".
This is a touching and amazing story about a lonely man Harry
A bendiner who has lived a difficult life.
Emigrating from Poland to America, he became rich, but money does not bring him
joy. He is supported by his faithful friend and assistant Mark, daily pickings with
which are the only entertainment in this life and brighten up his
loneliness. Mark was going to leave for Israel. But what will happen to Harry?
And suddenly an amazing woman appears on the threshold of Harry's house… She ignites in
his heart the fire of an all-consuming and reconciling love. Harry's life is filled
with meaning and faith, and he is ready to face the new day without fear in order to do what is not
And then, "what ever happens to everyone" will not be a tragic
ending, but the beginning of a new story…
The play is filled with unique Jewish humor, making you laugh through
tears. The brilliant performance of the actors and the musical design of the performance leaves
an indelible mark on the soul and hearts of the audience of any generation.
The performance has been on tour in different countries of the world – in America, Germany,
Japan, China, Israel.
Director of Photography: Evgeny ARIE (Israel, Gesher Theater)
Actors: Klara NOVIKOVA
Leonid KANEVSKY
Daniil SPIVAKOVSKY/ Sergey DOROGOV