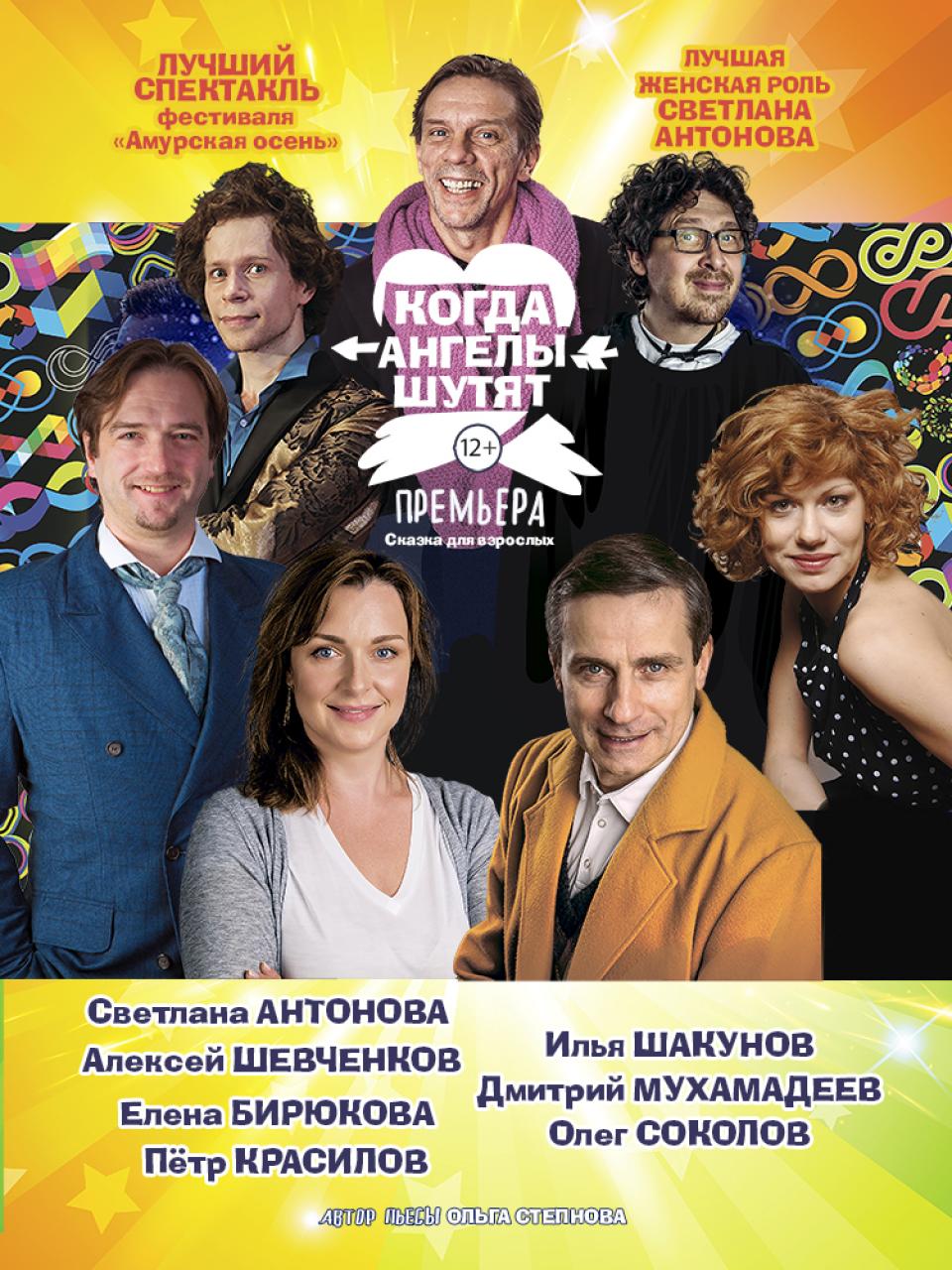 Whether you believe in miracles or not, but this story happened in our
times for a reason.
Conservative lawyer Vadim is preparing to propose to his girlfriend
Olga, and the flighty actress Dina hurries to her fiance Lev.
An accidental collision, Vadim holds out his hand to Dina, and they can't separate
their palms.
Mysticism, you say. No - a miracle!
It was the guardian angels who argued about the fate of their wards,
and now it depends on the feelings of Vadim and Dina, which of the angels will get wings, and
who will get a warm knitted scarf.
Only our heroes are not joking at all.
Vadim has a trial tomorrow, and Dina has a performance,
and they need to separate their hands at all costs!
The performance is filled with bright feelings, music,
anticipation of a miracle and faith in the future.
In 2020, the play was recognized as the best entreprise of the 18th Russian
Festival of Cinema and Theater "Amur Autumn". Svetlana Antonova for the role
Dina won the prize for best actress.