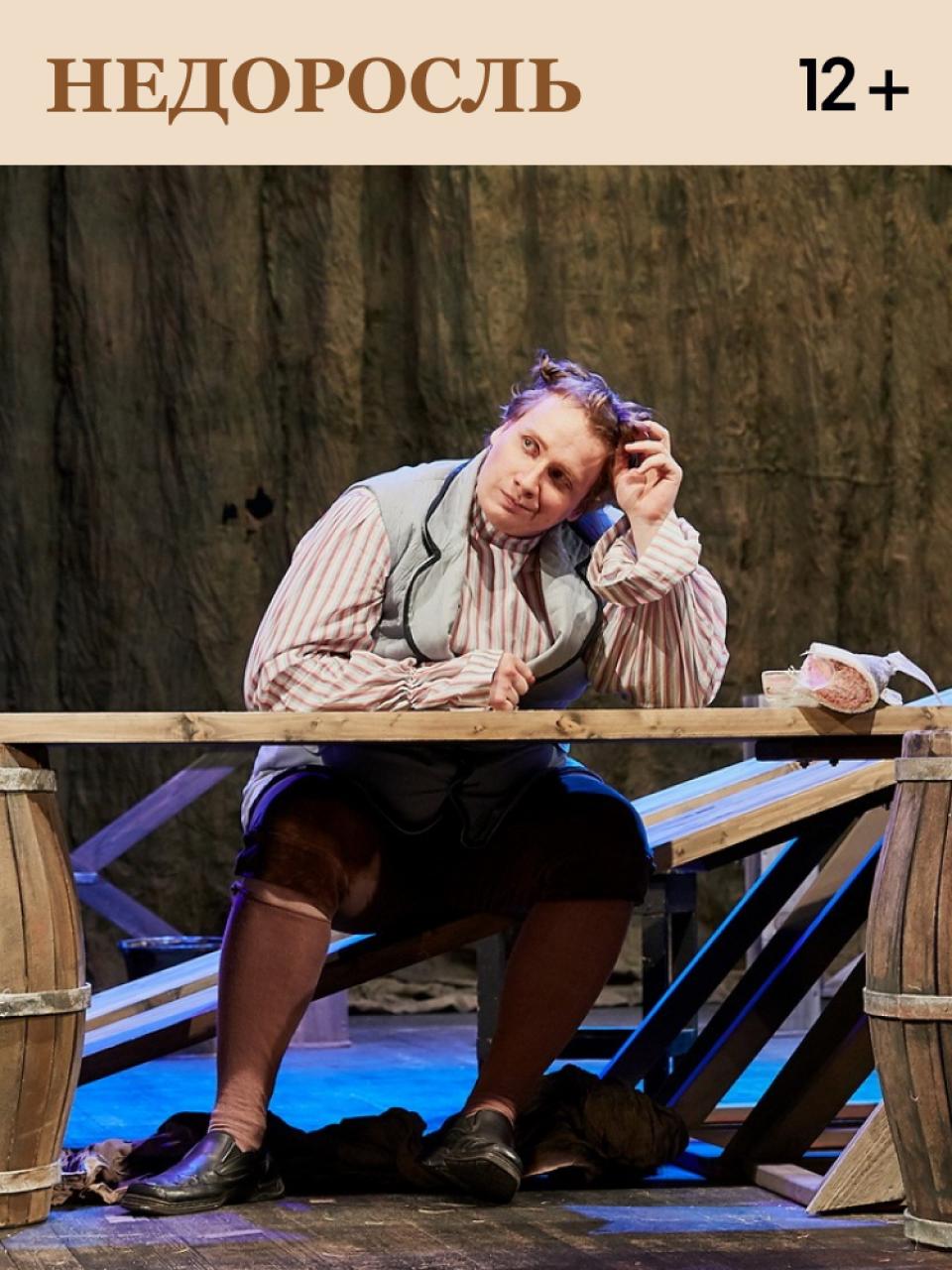 "I don't want to study, I want to get married!" — this exclamation of the mamma's son Mitrofanushka is known to everyone. The play "Nedorosl" was written more than two centuries ago, but it seems created specifically to warn the current youth from repeating mistakes. The names of Mitrofanushka and Prostakova have become household names. As in other plays of the classical era, the author of "Nedoroslya" condemns the "malice" and "savagery" of traditional noble upbringing.

The play is about children who have not received a minimum education, where a society that educates people with a low level of education and civic responsibility is condemned. The main character – Mitrofan — does not have such an abundance of entertainment as modern teenagers, but he stubbornly avoids studying…

The main intrigue of the comedy is the money question. Prostakova and Skotinin are fighting for Sophia's dowry, which the girl does not suspect until the last. The performance will give the viewer a lot of comic moments.