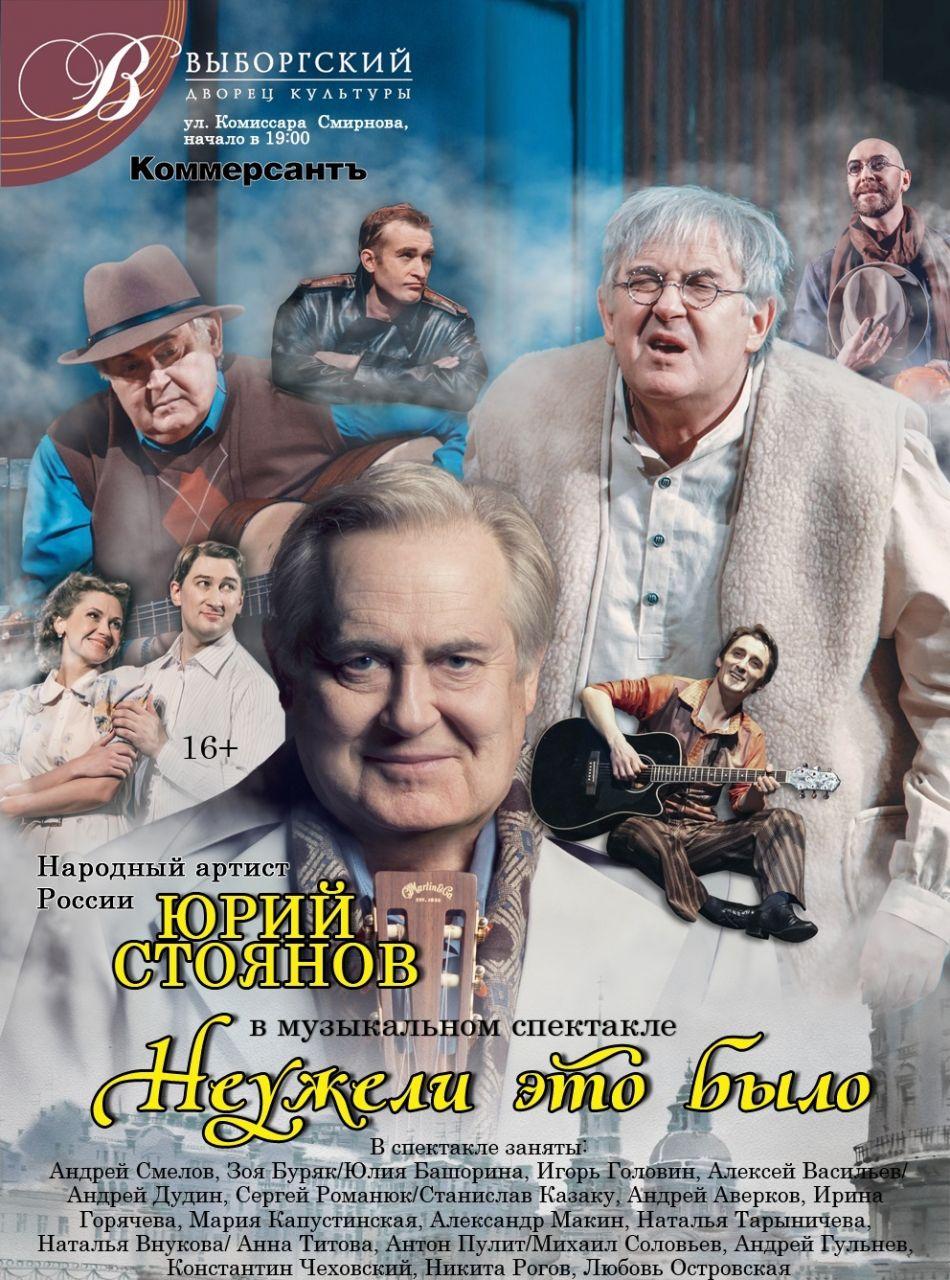 Duration: 2 hours 30 minutes with one intermissionRIDER

Remember how, in anticipation of the New Year, we plucked tangerines from a Christmas tree and ate them on both cheeks? How did the boys in the yard try to launch a rocket into space? How to cook jeans in pursuit of European fashion? Wrapped cassette tapes with a pencil before a disco? How did you run to the TV in anticipation of your favorite cartoon? They painted with chalk on the pavement declarations of love, and in the evenings they sat with friends at the entrance and played the guitar. After all, it really was. We invite you to return to your childhood and youth for one evening. People's Artist of the Russian Federation Yuri Stoyanov, Zoya Buryak, Andrei Smelov and 15 other wonderful artists will help you become carefree boys and girls again. A magnificent play of actors, dances and everyone’s favorite songs, sets and video projections - all this in the musical play “Was it Really!”