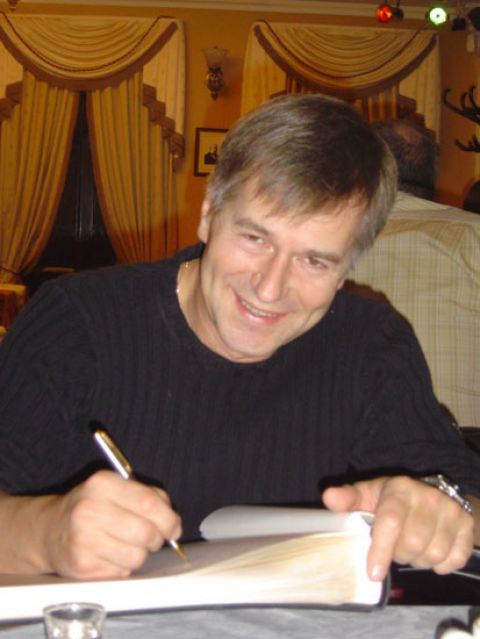 He grew up in Kiev. Mom, Nina Timofeevna, and dad, Evgeny Aristarkhovich, were actors of the Kiev Puppet Theater. From the fifth grade he was engaged in boxing.

After graduation, he entered the Leningrad State Institute of Theater, Music and Cinematography at the course of I. Gorbachev and in 1975 graduated from it.

From 1978 to 1988 he played on the stage of the Academic Drama Theater named after M. Gorky in Rostov-on-Don. The debut in the movie took place in 1979.

In Moscow since 1988. He worked in the theater "Detective", "Theater of the Moon."

In the early 90s, Igor Livanov came the long-awaited popularity. This happened after the movie “Thirtieth Destroy”, shot by detective Viktor Dotsenko, was released. In the picture, Livanov played the main character Sergei, nicknamed "Mad". The main negative role was played by Igor's brother Aristarkh Livanov. It is worth noting that the skills acquired in the army helped Igor in creating the image. The actor on the set successfully managed without an understudy, performing all the tricks himself. And in subsequent years, stuntmen replaced Igor Livanov extremely rarely, only when performing the most difficult tricks.

The hero of Livanov immediately won the hearts of the audience. They began to recognize Igor on the streets, asking for an autograph. Recognition increased even more when enterprising book publishers, without informing Livanov, placed on the covers of new books Dotsenko from the series about Madman the face of the actor who played him.

The success of the film “Thirtieth Destroy” secured for Igor Livanov the role of a courageous, charming, intelligent hero capable of an act. Igor also happened to play negative roles, as, for example, in the action movie Vint, but these were more likely exceptions.

The actor himself claims that his goodies are not so clear. So in the series "Empire under attack" Livanov played Pavel Putilovsky, a detective of the tsarist police who headed the counter-terrorism department of the police department. His hero confronts the revolutionary terrorists who dream of destroying everything to the ground. At first glance, an absolutely positive hero, but Livanov does not think so.

“If we talk about Putilovsky, the hero of the series“ Empire under attack ”, then he is not as simple as it seems,” says Igor Livanov. “He is capable of quite complicated intrigues, and his epicureanism, although handsome, is not his dignity.” In addition, - what is a positive hero for the audience? ... This is a hero who takes the side of good in stories, where the plot is the struggle between good and evil. In a detective story evil is a criminal, and good is a detective. But, in addition to professional qualities, this hero has purely human features, for example, a bad character. I’m generally opposed to unambiguous characters. ”

In "Empire under attack," Igor Livanov again demonstrated his outstanding vocal abilities. He performed Isaac Schwartz's romance. Igor admits that Schwartz is his favorite composer, so it was a great happiness for him to perform this romance.

In addition to Russian films, Igor Livanov also starred in foreign directors. Steve Carver, known for action movies Eye for an Eye, Lone Wolf, played one of the roles in the movie Wolves.