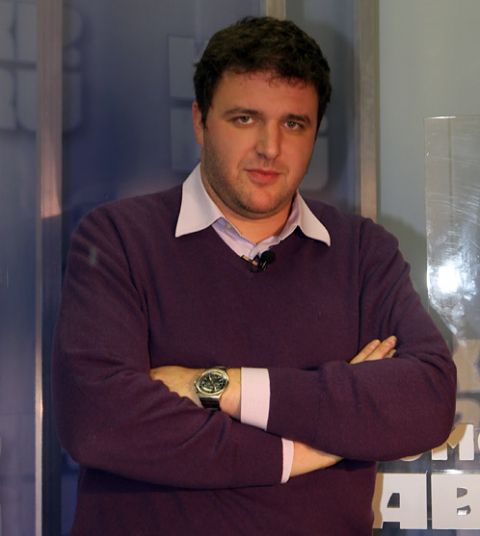 Maxim Vitorgan, the son of the famous Soviet actors Emanuel Vitorgan and Alla Balter, was born on September 10, 1972 in Moscow.

Since 1994, Maxim Vitorgan has acted in films. His greatest success was the role of DJ Max in the films “Election Day” and “Radio Day”.

In 2004, Maxim worked as a director of New Year's television programs - “Blue Light” (Ren TV) and “First Night with Oleg Menshikov” on NTV channel. In the same year he was one of the organizers of the Invasion rock festival.

Since 2007, Maxim Vitorgan has been involved in the television sketch show “Distant Relatives” (Ren TV) as an actor and director. In 2008, he acted as the director of the fifth season of the sketch show "Women's League" (TNT).

To this day, he is busy in the performances Radio Day, Election Day (staged by the Quartet I comic theater and the Accident group) and Proximity (Vse Meyerhold Center, director Elena Novikova).